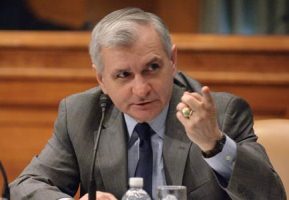 Just when things were looking grim for school libraries, the House and Senate this weekend passed the conference report for an Omnibus Approp

riations Bill, which includes $28.6 million in federal funds for school libraries in FY 2012. And President Obama is expected to sign the bill when it lands on his desk.

We’re very happy,” says Emily Sheketoff, executive director of the Washington Office of the American Library Association (ALA). “This is a tremendous victory for us. It gives school libraries money and demonstrates that they’re important and should be included in the reauthorization of ESEA [Elementary and Secondary Education Act].

ALA has been lobbying—with limited results so far—to convince the House and Senate to include language in ESEA that would ensure that every school is served by a state-certified media specialist and that library programs have access to the resources students need to become lifelong learners.

This new $28.6 million in federal school library funds is part of the Fund for the Improvement of Education program, which gives Secretary of Education Arne Duncan the authority to support “nationally significant programs to improve the quality of elementary and secondary education at the state and local levels and help all students meet challenging state academic content standards and student achievement standards.”

The bill’s language specifies that half of that money must go toward school libraries and the other half toward literacy initiatives such as Reading is Fundamental or Reach Out and Read, Sheketoff explains.

The news couldn’t have come at a better time. Back in May, the U.S. Department of Education zeroed out the Improving Literacy Though School Libraries Program, created in 2001 as the only federal program specifically geared toward providing funds for school libraries—and spearheaded by Senator Reed.

At the time, Sheketoff told SLJ the decision meant that “school libraries have been abandoned by President Obama and the Department of Education.”

Since then, Sheketoff says, Reed has been working hard to ensure that there was federal funding for school libraries during the 2012 school year.

“[Reed] fought for it,” Sheketoff says. “And once again he has demonstrated what a true library champion is all about.”

The money, which will likely be doled out in the form of competitive grants similar to the Improving Literacy Through School Libraries programs, will target high poverty schools, but ultimately it’s up to the DOE to decide how it wants to distribute the funds, Sheketoff says. The money will become available once the President signs it into law.

2011-12-23
Previous Post: Planning a DonorsChoose donation? Act before Dec 30 and have your donation doubled, here’s how!
Next Post: The Mighty Miss Malone