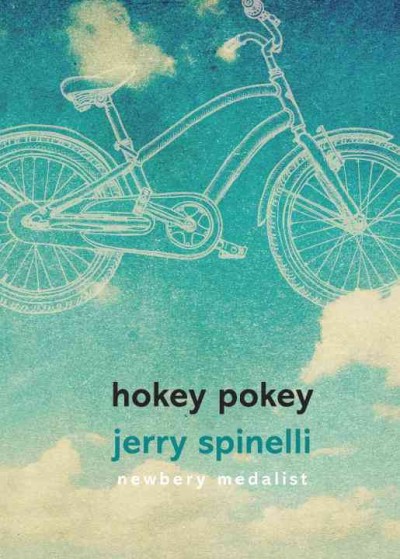 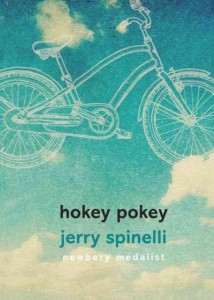 Hokey Pokey is a place where kids live moment to moment wrapped up in all things “kid”: Cartoons, Bike Riding, Tantrums, Wild Play, Exploring Stuff, and just being Kids.  Here babies become “kids” and boys and girls while away their days in the pure joy and freedom of a life without cares, worries about tomorrow, or concerns beyond “what’s next?”.   There’s the timeless flavor of 1950’s America permeating every corner of Hokey Pokey, gilded by an innocence and wide-eyed wonder that in its purest form represents every adult’s fondest memories of care-free childhood days.

For Jack, being the leader of the kids in Hokey Pokey all he’s ever known. He spends his carefree days cruising the dreamy landscape of Hokey Pokey with his amigos, LaJo and Dusty.  Riding the most powerful and coveted “stead”, Scramjet, his beloved bike, Jack is the defacto master all of he can see, answering kids’ questions, teaching lessons, and settling disputes.  But everything changes one morning when Scramjet is stolen, by none other than The Girl – Jubilee – whose been Jack’s nemesis ever since she crashed her trike into him when they were little.  Suddenly everything starts changing for Jack: favorite passtimes seem boring and benign,  he doesn’t feel connected to his best friends, he hears the distant whistle of a train, and most unsettling of all, The Girl doesn’t seem as bad as she did the day before.

Newbery Medalist Jerry Spinelli‘s latest, Hokey Pokey, is both an allegory for the universal human experience of childhood and a playful, imaginative story about a boy, a girl, and a bike.  The wistful tone and old-fashioned nostalgia of the story position it to be a favorite for adults looking to reminisce about their long-lost childhood days.  Elementary and tween readers will certainly appreciate Jack and Jubilee’s story on the surface of the book, probably without the burden of the nostalgia meant for older readers.  In much the same way that the Looney Toons cartoons that fill the airwaves of Hokey Pokey have double meanings, Spinelli’s thoughtful reminiscences and universal truths about growing up and letting go are peppered throughout this nostalgic love letter of a novel.