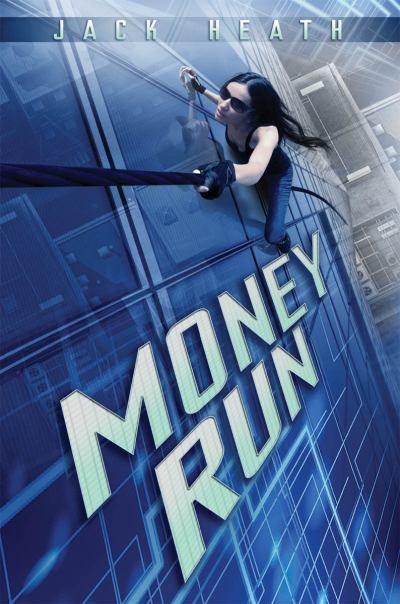 By: Jacquie
In: Action & Adventure (YA), Young Adult Book Reviews 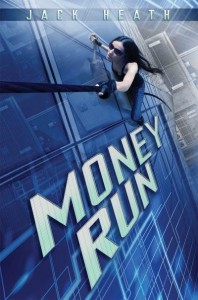 Have you ever wished the rich gave a small amount of their money to the poor? Or even to the less unfortunate…?  Ash and Benjamin do just that in the story, Money Run, by Jack Heath.

When Ash’s mother leaves with most of the money, Ash and her father are struggling to make ends meet. Her father begins working multiple jobs, but the income is not enough. Trying to pay the bills each month was hard enough but when their house is burglarized  everything changes. Ash comes home from school to find that the television, couch, computer, phone, her bed, and other furniture pieces have been stolen! Knowing that her dad would not be able to replace the stolen items, Ash decides to get even. She recruits her best friend Benjamin, who is in love with her and is always trying to take her on a date. Ash and Benjamin track down the burglars and steal all of Ash’s possessions back. After their mission, the two realize just how good they are at stealing…

Ash and Benjamin rely on “The Source” to fill them in on jobs that involve monetary supplementation. The two teens take on the jobs with their smart techniques and high tech tools. The Source emails Benjamin about upcoming jobs and the amount of money they will profit from the job. The only catch: The Source takes 15% of the profit. But if this information is secured and money is guaranteed if the mission is correctly executed, then what is the big deal?

After Ash wins an essay contest, she meets the billionaire Mr. Buckland. Ironically, her next mission is steal money from him…and a lot of it! When Ash meets Mr. Buckland, she and Ben realize they are in over their heads; they realize they are not the only ones who want Mr. Buckland’s estate. In this action packed novel, Ash and Ben take on competitors and uncover the truth behind Mr. Buckland and his business. This story is great for readers who are interested in tech savvy equipment, an action packed plot, and quirky, fun characters.