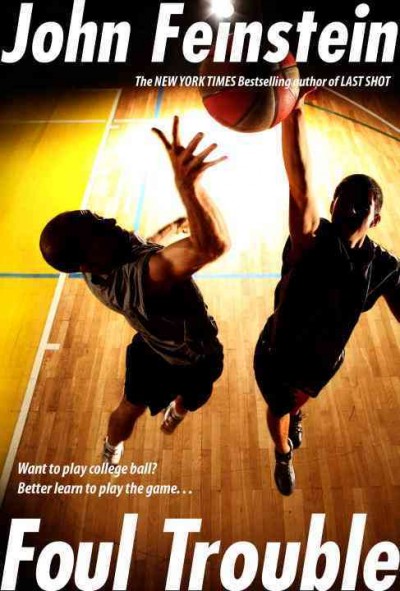 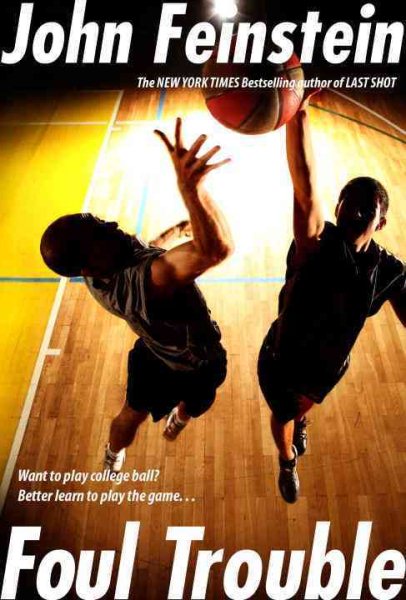 In Foul Trouble, veteran sports journalist and best-selling novelist, John Feinstein, takes an unflinching look at the cut-throat process of collegiate recruiting top student talent.  Feinstein pulls back the curtain to reveal a shadow world that is rarely seen by the general sports fan and it’s not a very pretty:  a subculture packed with unscrupulous people who latch onto these young athletes hoping to make millions on the kids’ talents; high stakes ultimatums and heavy amounts of pressure to go with the “highest bidder” even if its against NCAA rules and one’s own better judgment; and a dizzy array of media attention, drugs, swag, and ego-inflating praise.  As a reader I was overwhelmed more than once by the onslaught of attention, the weight of the pressure, and the moral ambiguity of all the offers and promises, I can’t even imagine trying to deal with this in real life at 17 or 18 years old.

Terrell Jamerson and Danny Wilcox are best friends and teammates.  Terrell is the best high school basketball player in the country and Danny is his pointguard.  Together they’re a force to be reckoned with on, and off, the court.  Their team is poised to win State and they’ve got offers from schools across the country and national press coverage at every game.  Athletic wear and shoe company reps, as well as plenty of other “interested parties”, follow Terrell from game to game just to get a few minutes with him to offer “help” as he makes the tough choice about where to go to college.  As the season heats up, though, Danny and Terrell both discover that there’s more on the line than just simply choosing where to go to school.  Pressure mounts from both obvious and not-so-obvious sources and more than once the guys find themselves unsure of whom to trust in this high stakes game.  The threat of injury, losing games, and investigation by the NCAA loom large and make every choice a game changer.

More than just exposing the shady tactics and questionable ethics of the recruiting process, Foul Trouble also thrills the reader with its fast-paced, adrenaline pumping on court action.  When Feinstein takes you on the court with these guys, you can see the pounding of the floorboards, feel the sweat on your brow, and feel the roar of the crowd as they score and win.  Feinstein’s writing is at its best when he’s got you on the court with the guys, racing against the clock, pulling you right into the Truth that is Sport.