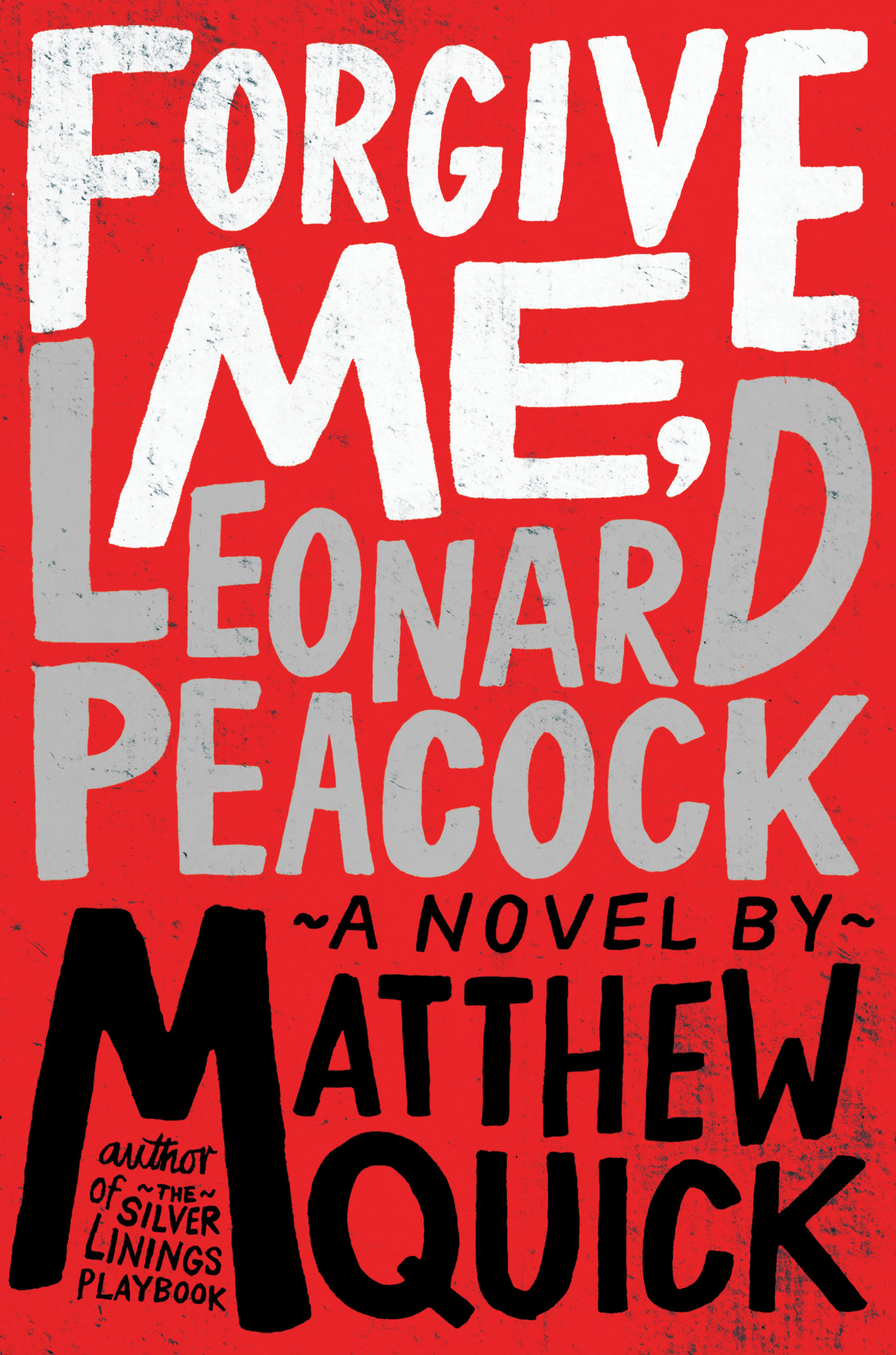 Getting out from under the intense weight on my chest after reading Matthew Quick‘s Forgive Me, Leonard Peacock has taken some time.  I felt pulled down into a deep, dark hole, all alone with only my thoughts about the futility of life, the lack of care or concern for myself or others, and a resigned sense of defeat in the face of an untenable future.  The slope down into Leonard’s depression is slippery and quick and getting back out isn’t easy work.  Which is the long way of saying that in Leonard Peacock Quick has expertly captured and painfully portrayed depression, anger, and isolation at their starkest, most realistic and visceral.  After taking Leonard, and the reader, down into those depths, what is amazing to me is the fact that even in darkness, there are beacons, sometimes faint, of light, of hope, and of the possibility of a future worth living.

It is Leonard Peacock’s eighteenth birthday and it’s also the day he is going to take his grandfather’s heirloom gun to school and kill his former best friend-turned-tormentor, Asher, and himself.  But before he does, Leonard needs to let the only four people in his life that he cares anything about know how much they mean to him and that what he’s about to do is in no way their fault.  He’s got birthday presents to give them, and over the course of the day, Leonard visits with each person to cryptically thank them for acknowledging him and to say good-bye:  his retired, Humphry Bogart obsessed neighbor Walt who’s been as close to a parental figure as Leonard’s known; classmate Baback, a violin virtuoso whose practice sessions at lunch have provided Leonard with the only peace he gets during the school day; his crush Lauren, a home-schooled Christian girl who evangelizes on the subway; and Herr Silverman, the school’s Holocaust teacher because, in part, “there have been days when Herr Silverman was the only person to look me in the eye.” (114)

Told in gripping present tense with frequent footnotes, I felt on edge throughout each page of this novel, watching helplessly as if Leonard was revealing his pain directly to me, in hopes that maybe I could in some way save him, even though he believes no one can “I’m hoping he can save me, even though I realize he can’t.” (25).  Forgive Me, Leonard Peacock is a book about choices, about perspective, and about finding the courage to ask for help.  It’s timeless, relevant, and unflinching in its honesty and should be circulated, read, and discussed by everyone who has ever felt afraid, alone, and lost.

To Write Love on Her Arms