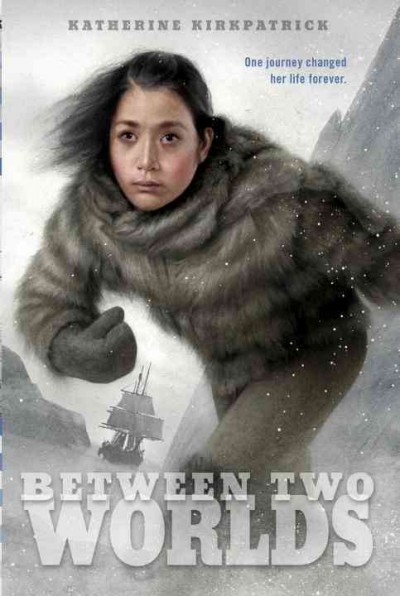 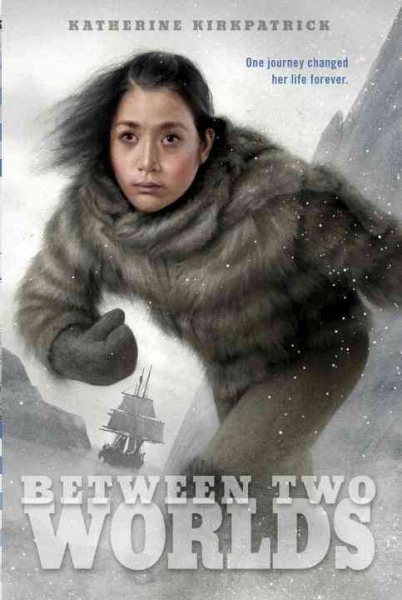 In Katherine Kirkpatrick‘s Between Two Worlds, travelers on a race to the top of the world interrupted life during the 1900’s in Greenland.  The Greenland Inuits were amazed at the expansive wooden ships that rammed upon their shores bringing white men, women in impractical dresses, and canned food. Billy Bah was not exempt from the amazement. She followed the captain of the ship – Captain Peary – and spent time with his wife, especially after the birth of their daughter in the barren tundra of Greenland.  When the Peary’s sail home to America they ask to take Billy Bah with them – the first “Eskimo” to go to America. One year later she returned to Greenland and became trapped between the two worlds.

Billy Bah was married young, 14 as was custom, and then watched her parents sail off to see America – never to return. Alone with her husband, Fat Lazy One, Billy Bah hunts and strives to be a good wife, stuck in a young marriage. When one of the large, wooden ships arrives on their shores, her life changes once again.

Billy Bah and the Fat One sail with the ships to another part of Greenland where there is better hunting. While on the ship Billy Bah reconnects with the Captain’s wife and daughter. She is traded for a gun to an American sailor – Duncan. Trapped between two worlds again Billy Bah finds herself falling for Duncan, but knows she could never return to America – the place that killed her parents.

What choice will Billy Bah make? Stay with her lazy husband, go with Duncan, or strike out on her own? Sprinkled with the Inuit dialect and names, it takes a little while to separate all of the characters. The custom of trading wives for supplies is always a little hard to swallow. However, you are sure to become enthralled with Katherine Kirkpatrick’s novel Between Two Worlds – a gripping tale of adventure, love, and coming of age.