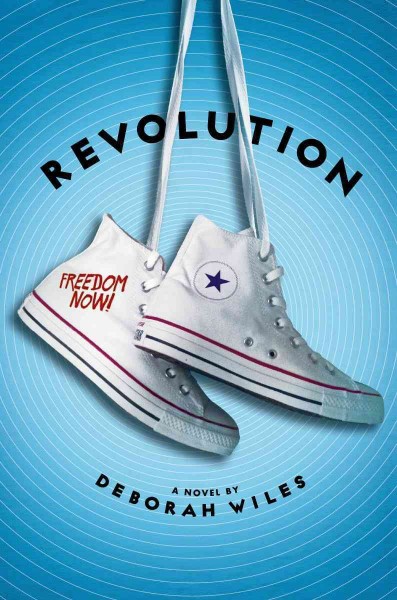 By: Cori
In: General Book Reviews 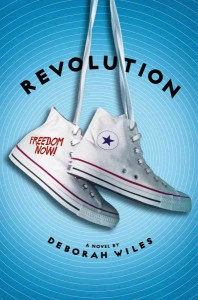 In the hands of a master storyteller. That’s where I like to find myself. Where I can let go completely, feast on the imagery, devour the delicious characters, and fall head over heels into an exquisitely constructed world.   Chock full of insights, life lessons, patient wisdom, and human truths, the work of a true craftsman (or woman) serves them to you like your favorite dessert, allowing you to savor, wanting more, and leaving you ultimately satiated and satisfied beyond belief.  What a sublime treat, then, to have spent time in the deft hands of master Deborah Wiles, in the second of her documentary novels of The Sixties Trilogy, Revolution.  The world of 1964 Greenwood, Mississippi, felt more real to me than my 2014 Arizona living room; I still miss smart, spunky, and wounded Sunny and the other finely crafted characters that populate this story; and I find myself recalling the deceptively simple (but truly life changing) insights that unfold themselves so elegantly throughout the novel.

About to turn 13, the summer of 1964 is all about The Beatles, Vacation Bible School,  dreaming of adventures, and spending time at the swimming pool and the ball fields for Sunny Fairchild.  But there’s a simmering tension in her beloved hometown of Greenwood, Mississippi, that is about to explode in ways no one imaged:  invaders are coming from up North with the intent of stirring up trouble by getting local African Americans to register to vote.  At first, Sunny pays little mind to the invaders, since she’s still trying to get used to her father’s new wife and her new stepbrother Gillette and little sister Audrey.  But as summer heats up, so do the confrontations between the Freedom Riders, the local African American population, and the residents of Greenwood who would prefer things stay the way they’ve always been.  Even tempered, right-minded folks like Sunny’s father and stepmother, seem to be lost in the escalating tensions and acts of violence.  When Sunny meets a fair haired young woman who bears a striking resemblance to her own long-lost mother, Sunny’s unexpected and all-too-real adventure takes her to a place where everyone is confronted by both demons & danger and hope, courage, & the choice to do what’s right.