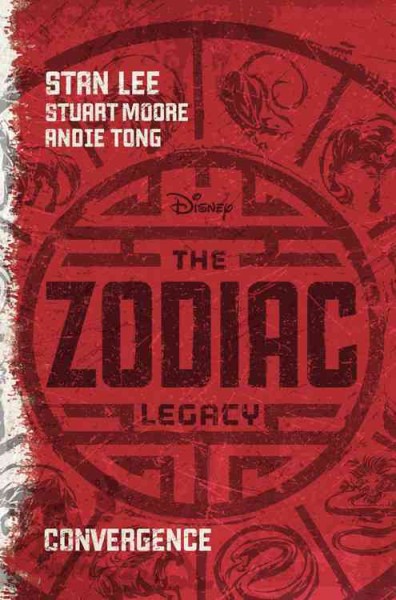 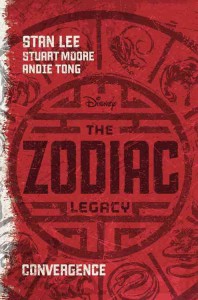 Legendary comic book writer Stan Lee‘s first prose novel, Convergence, is going to fly off your shelves.   A mismatched group of regular teens has suddenly been imbued with mystical ancient powers, linked to the animals of the Chinese zodiac.   At the center is 14 year old Chinese American Steven Lee, who has never really felt like he fits in anywhere and more than anything, wishes he could be a hero.  On a school trip to Hong Kong, Steven stumbles into an underground cavern where he’s unwittingly caught up in an energy convergence that gives him the deadly powers of the Tiger.  Steven’s power comes at a cost, however, as he must either submit to the maniacal, evil Maxwell and his Vanguard army of mercenaries, or join forces with a ragtag group that’s sworn to stop Maxwell from his plans to conquer the world.

With no time to spare, Steven chooses to join Jasmine and Carlos to find the other teens who’ve absorbed the Zodiac powers.  The race leads them to France, South Africa, Ireland, and Ohio, and in each city they have to both convince the teens they’re seeking to join them while simultaneously fending off the powerful assaults of Maxwell’s own Zodiac-powered soldiers of fortune.  The teen recruits have to learn, under extreme pressure, how to harnass and control their powers as well as how to work together as a team, since that’s the only way they will be able to save themselves (and the world) from Maxwell’s epic power grab.

Convergence is the first in a planned trilogy and is chock full of everything you’d expect from Lee: fast-paced action, a high-stakes plot, reluctant heroes, a villain blindly driven by misguided  “ideals”, and high energy illustrations by British comic book artist Andie Tong.  Readers who love superhero stories, cliffhanger endings, and non-stop, kick butt thrills, will definitely get their fix with The Zodiac Legacy.