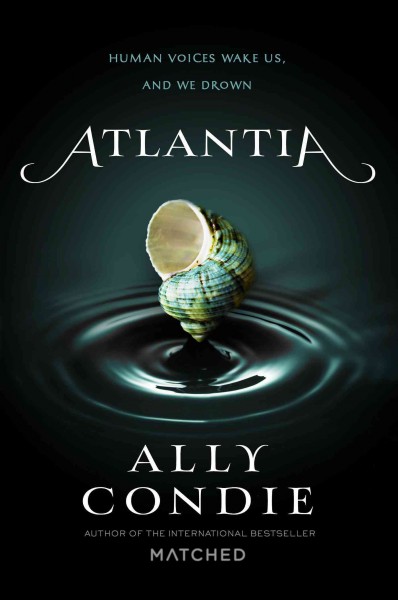 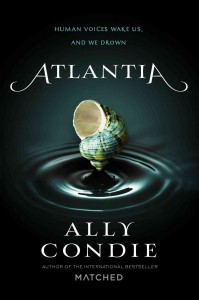 A hidden past and an uncertain future.  There are mysteries around every shady corner in Atlantia, a crumbling underwater world, once hailed as the last outpost of humanity on earth.  But now, the formerly glorious city is barely breathing, hanging on by the annual exchange of minerals (and people) for food and resources from their long-estranged sister city Above.  The people are restless, afraid, engaged in black market trading in their Deepmarket, and looking to the corrupt priesthood for answers and hope.

At the center of this dying world is Rio, daughter of the recently deceased woman who was the beloved leader of their people, and whose mysterious death has upended everything.  Rio’s dream to escape to the Above is soon to be shattered as well, when her trusted confidante, her twin sister Bay, surprisingly takes Rio’s place in the ceremony that allots teenagers to a life Above or a life Below.  Lost, burdened with grief, haunted by anger, and afraid of her secret power of the Siren’s voice, Rio turns, reluctantly, for help from her estranged aunt, a powerful Siren whose motives are not to be trusted, and from a young man she meets in the Deepmarket, True, whose steadfast courage and honesty embolden Rio to push herself to do whatever she can to survive, escape, and discover the many hidden truths about the life, and city, she thought she knew.

Best Selling author Ally Condie‘s Atlantia is a stand-alone adventure that will captivate readers with its slowly unfolding backstory, interesting characters, burgeoning romance, and interesting little details peppered throughout this world.  Atlantia‘s focus on Rio’s personal struggles and the complex relationships between the women in the book – Rio, Bay, their mother and their aunt – add richness to another installment in the prolific dystopian genre.