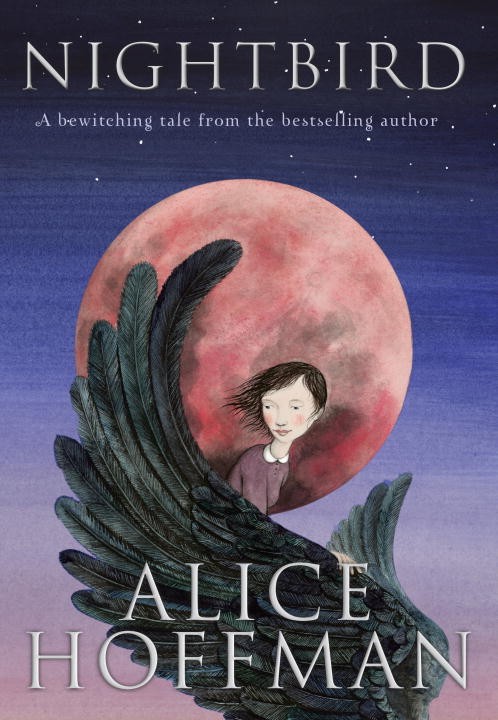 Because she’s “a shadow, a footstep in the woods that disappears, a twig no one notices” (19) and because she spends so much time climbing apple trees, Teresa Jane Fowler is better known in Sidwell, Massachusetts, as Twig.  Twelve-year-old Twig, the protagonist in Alice Hoffman‘s newest book, Nightbird, is good at ru 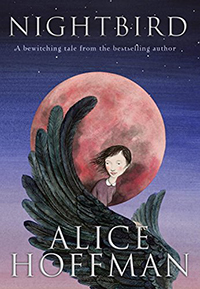 nning and at keeping the Fowler family secrets—among them the recipes for specialty pink apple desserts, the effects of the Agnes Early curse, and the reasons for the family’s reclusive manners and unusual nature.  These secrets lead to hurt and loneliness for Twig, but she wears her loneliness like armor.

Although life without a father and without friends isn’t always what she wants it to be, Twig stores away her hurts and embraces her solitary life in Sidwell, where children whisper about a monster and about fairy tales that are real.  Despite these whisperings and mysteries, Twig loves the orchard “filled with green shadows and the gold light filtering through the woods” (116).  In the Montgomery Woods, time moves differently and the place has a magic all its own.  Enchanted by its beauty and by the creatures that live there–especially the black owls, Twig feels at home in the woods.

Being alone, Twig rationalizes, is better than being dumped or betrayed.  But those feelings begin to transform when she falls out of a tree, breaks her arm, and meets Julie Hall.  Life further changes for Twig when the town begins to hold monster meetings, since she suspects the rumors are rooted in the secrets she keeps.

Knowing it is best not to judge what they don’t understand, Twig and Julie set out to solve multiple mysteries.  On their journey, they forge a friendship, find magic in unexpected places, and learn about the power of hope and love.