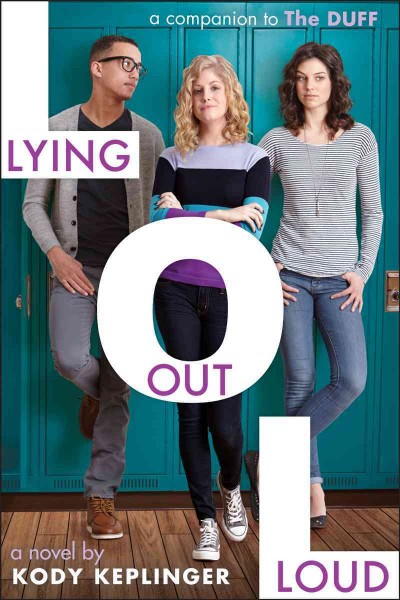 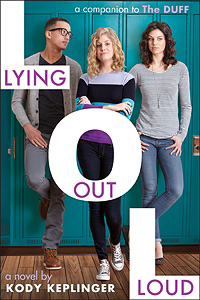 Although aspects of social media possess the ability to provoke intense debate, for seventeen-year-old Sonny (Sonya) Elizabeth Ardmore, an online world serves as a refuge – a place for hope and healing.  Behind the protection of the computer screen, Sonny–who sees herself as the designated poor and less attractive friend–discovers a place to restore her dented dignity and a buffer that allows her to be honest and close rather than using lies as a shield.

While IMing her antagonist Ryder Cross, she abandons the lies and lets her guard down to discuss the subjects that trouble her the most: estranged relationships with her negligent mother and convict father.  The queen of glossing things over actually makes an honest connection with the confident, self-assured Ryder, who actually has insecurities of his own.

When Sonny realizes that Ryder thinks he has been confiding in Amy Rush, his secret crush and her “bestie” for thirteen years—a kind, sweet, and attractive senior at Hamilton High in Illinois—Sonny doesn’t know how to react.  Eventually, she confesses to Amy, who already knows about Sonny’s predilection for using lies as a way to control a bad situation, and Sonny admits her own attraction to this smart and surprisingly funny side of Ryder, who is more a “pompous jerk in real life” (57).  Although Amy agrees to help Sonny in her ruse and to deflect Ryder’s affections, she isn’t prepared for the time commitment Sonny requires, and she isn’t comfortable with the deception or the acting Sonny requests.  Because Sonny only tells Amy half the truth, boys, lies, and insecurities threaten their BFF vow.

With considerable modifications in her new release Lying Out Loud, Kody Keplinger recycles the basic plot of Cyrano de Bergerac, a play written in 1897 by Edmond Rostand about mistaken identities that lead to both love and tragedy. Some of the same themes find their way into Keplinger’s novel: what we value, superficial versus true beauty, relationships, the danger of deception, and the power of written expression.   Just as Cyrano uses his composing skills as a way to create an identity for himself that he feels he can never have in real life, Sonny—with a lie she hadn’t meant to tell—engages in verbal sparring with the “hot hipster” son of a Congressman.  And without actually using the word, Keplinger endows both Sonny and Ryder with a panache that just might be their undoing.  As it explores timeless themes in a contemporary, young adult world, LOL addresses the question: Is it possible to “love people and still realize they’re screwed up” (280)?