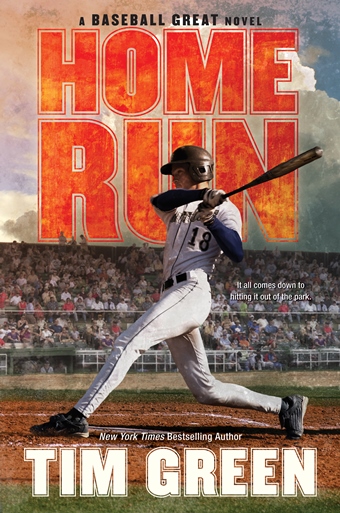 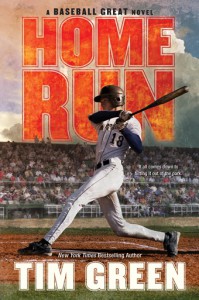 Upheaval.  That one word sums up Josh LeBlanc’s life.  His father, a minor league baseball player turned coach, has accepted a job with Crosby College in Florida.  Gary LeBlanc hopes to turn Crosby into a training ground for the majors, but Josh isn’t happy because the job means he will be leaving behind his home in Syracuse, New York; his team, the Syracuse Titans; and his friends.   He’ll also be saying goodbye to any hopes that his mother and father will get back together since his mother and baby sister Laurel aren’t planning to move.  On the trip south, thirteen-year-old Josh is overcome by sadness, worry, fright, and confusion.

Before he can even adjust to the “swamp-sizzling, sweat-monster” (123) warmth of Florida and before he even plays a game with the Crosby Cougars or moves into the upscale Florida apartment with his dad, Josh finds himself back in the bakery warmth of New York, reunited with his best friends Benji Lido and Jaden Neidermeyer.

Benji—a fellow heavy hitter with a loveable, funny, trash-talking nature—and Jaden—a strong, smart, and pretty statistician who is also working to become a Pulitzer Prize-winning reporter—provide support in Josh’s otherwise tumultuous world.  The baseball diamond is the one place where Josh feels he has some control.  Because he can rely on his quick reflexes, his sure glove, and his strong arm on the baseball field, Josh feels confident and competent there; that is until the team’s new coach with his militaristic demeanor presents a new set of challenges for Josh.

While baseball brings Josh mostly joy, family financial worries remind him of the inevitability of life’s roller-coaster ride.  Although Jaden thinks it’s a scam and his mother doesn’t want him to take on that much pressure, Josh enters the Home Run Derby sponsored by Qwik-E-Builders, a construction company who will build a Streamline Ranch home for the winner.  All he has to do is hit twenty home runs to qualify.  Without Benji’s comic relief and Jaden’s focused loyalty, Josh would crumble under life’s pressure.  Reading the J.R.R. Tolkien Lord of the Rings trilogy also eases Josh’s mind, since he can trade his real life problems and fears for the dangers of Middle Earth.

Home Run is the fourth installment in Tim Green’s Baseball Great Series, and Green’s experience as an athlete shines through in his book, which is written with credibility and features believable characters.  This is a novel not only about the importance of strategy and skill but also about friendship and fixing mistakes.