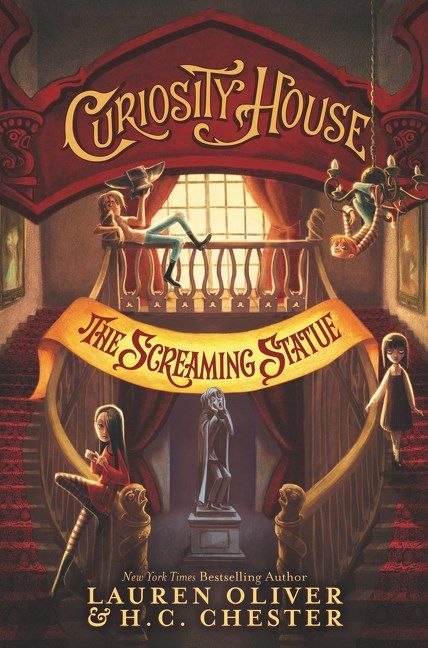 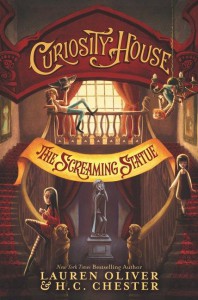 The amazing orphans are back again in the second story of the Curiosity House. Pippa, Sam, Max, and Thomas are relaxed now that the villain, Nicholas Rattigan, is in jail and far away from their home. The orphans have continued working on their show at Dumfrey’s Dime Museum of Freaks, Oddities, and Wonders. However, business is not picking up as expected, and the orphans are worried that the museum will be closing soon.

Before the children have time to worry, Mr. Dumfrey, the Museum’s owner, and the person the kids call “dad”, comes across a newspaper headline that is sure to bring in business. “RICHSTONE TO FRY FOR WIFE’S MURDER.” Mr. Dumfrey gets the idea to add a wax display in the museum. This wax display will have a much darker, macabre theme, as it will depict the brutal murder of Mrs. Richstone by her dear husband. To complete this goal, Mr. Dumfrey will have to rely on his dear friend, Siegfried Eckleberger.

Siegfried Eckleberger is a known sculptor and agrees to help Mr. Dumfrey with his wax display. Just as the four orphans are getting to know Mr. Eckleberger, he faces a brutal tragedy…he is murdered! The orphans are quick to begin their investigation, but as they start to dig, more secrets begin to emerge about Mr. Eckleberger and themselves. To add to their stress, the infamous Nicholas Rattigan escapes from prison and the children begin to suspect he is stalking them. To top it all off, the museum continues to struggle financially and a weird set of injuries and mishaps begin to occur to the performers. Is it only a matter of time before the children or Mr. Dumfrey face the same demise as Mr. Eckleberger?

This fast paced novel brings readers in a world of fantasy and adventure. This suspicious mystery brings the characters alive and allows the readers to imagine the world inside Dumfrey’s Dime Museum of Freaks, Oddities, and Wonders. This book is recommended for middle and high school students.