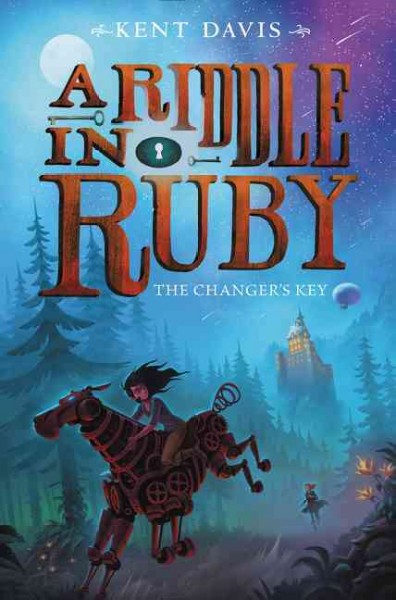 Reader’s Review: A Riddle in Ruby: The Changers Key 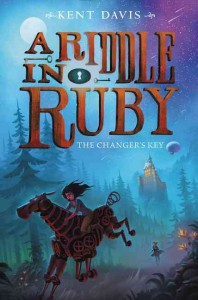 In A Riddle in Ruby: The Changers Key by Kent Davis, the brave Ruby Teach is back, and has found herself a voluntary captive of the man she was running from. While Ruby is training to be a soldier for an upcoming war, her father and friends are searching for her by means of a special coded journal.  As Ruby is fights to prove her worth, and train to be as good a soldier as the other Reeves, she is experimented on by the scientist in hopes of finding out her secret. She makes new friends along the way, and is confronted with her dark side in the process.

Davis really makes the characters seem real. As a reader, I find myself easily able to picture their faces and imagine what they would be like in real life. The book takes the time to develop Ruby’s character and it is easy to feel her pain and internal struggles.  Captain Teach and Ruby’s friends find themselves in danger at every step of the way as they move one step closer to saving Ruby. The characters feelings are brought to life as we explore their frustrations and determination along the way. I found myself rooting for (or hating) each character no matter how small a role they played in this book.

If you are a fan of the first installment in the series, you will be sure to fly through the sequel which sets the scene for the third and final book in the series. As expected, this book is full of humor and adventure, and would be enjoyed by both boy and girl readers ages 12-14.