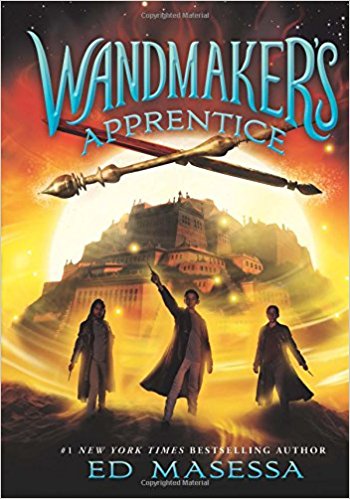 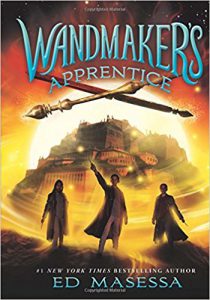 Similar to the Harry Potter and Charlie Bone series’,  Ed Masessa’s Wandmaker series focuses on magical learning. Wandmaker’s Apprentice is the second novel in the series and picks up from the dramatic events of Wandmaker. In that first novel, Henry and his sister, Brianna, came to terms with their different abilities connected to wand making. In this world, hidden behind the scenes from ours, magical ability is harnessed through different wands for various purposes. For those in this magical world, “your wand is an extension of you” (99).

After defeating the villainous Dai She, Henry and Brianna are taken in by Wand Master Coralis. Coralis teaches them that their abilities “are operating in a realm outside the rules of physics. There are forces in the universe that cannot be explained…partly because the human brain is wired to accept only the things it can comprehend” (173). He’s an unconventional mentor, but Coralis does have his years and years of knowledge to guide his students. Students that multiply as new apprentices join Henry and Brianna at Castle Coralis..

The new group, a collection of preteens from around the world, must learn to work together. Brianna accepts everyone into her life with open arms, but Henry is not so open. After years of bullies and being the odd one out, Henry’s new experiences have changed his world “for the better and he had found his place in it. But in the span of a few hours, everything had changed once again” (35). They may not all get along, but the apprentices will have to work together to defeat an emerging evil.

Dai She’s father and inspiration, Malachai, is as evil as they come. His goal is to defeat his old peer, Coralis, and control the world with the ancient Pangea Particle. Malachai is growing stronger every day and so are the apprentices. When it’s their time to face the madman, they must be ready.

Ed Masessa’s Wandmaker’s Apprentice relies on the usual ‘new to magic’ tropes, but puts its own spin on magical education. The students are small in number but have big personalities that realistically clash before coming together. Masessa creates likeable protagonists and dramatic tension between them. The stakes are high for these emerging Wandmakers, but the suspense is realistic and builds to an exciting conclusion.