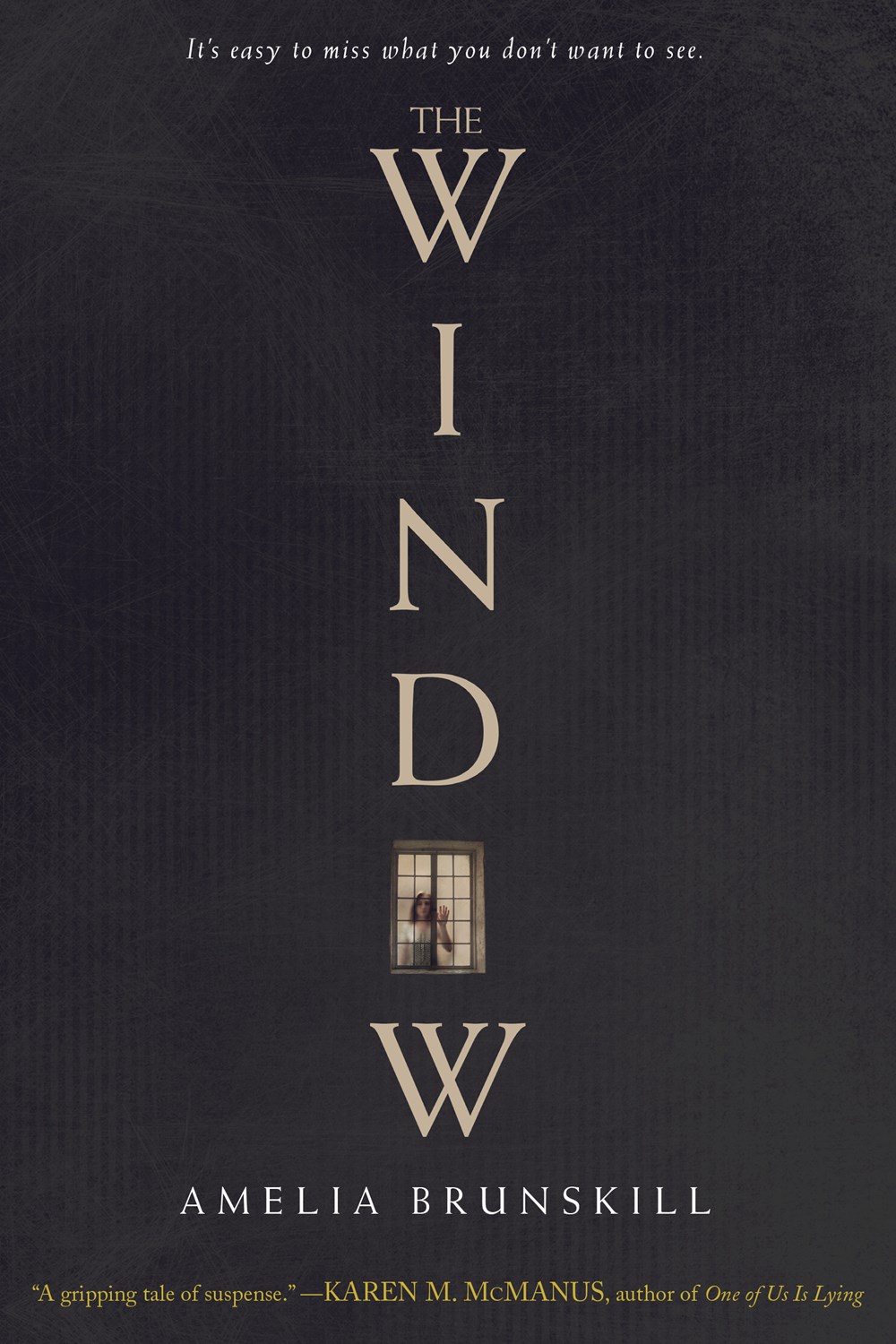 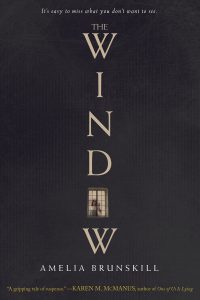 Misunderstood and somewhat disengaged from her sophomore classmates, Jess Cutter lives in a fictional town in Montana called Birdton, where not much happens and where “unwritten sock protocols” often marginalize her.  When her identical twin sister Anna—creative writer and out-going socializer—dies mysteriously, grief consumes Jess, but she’s afraid that if she begins to cry, she will “dissolve, leaving only a ring of salt behind” (22).

Because her sister’s death leaves Jess feeling like a part of her is missing, she gives her life purpose by working to reconstruct the events of her sister’s death so that she can understand not only Anna’s motivations but the secrets she had obviously been keeping.  Sad and desperate to know the truth, Jess adopts a detective persona.  In that regard, The Window by Amelia Brunskill is a mystery, but a pensive and poignant one.

As Jess begins to pay attention, she notices things.  But she is also being observed.  Her teachers and her parents monitor her progress towards healing and judge her behavior, watching for any cracks that might form underneath the surface.  To maintain a well-adjusted appearance, Jess joins track and forces herself to engage with her peers, befriending both Sarah and Nick. Although fresh air and friendship can’t fix grief, these friends nudge her back into living again.  They also teach her about the variations of silence.  Sometimes Nick’s silence is the perfect thing to say; other silences threaten to shatter everything in the room.

In her über-aware state, Jess discovers anomalies and confusing pieces to the puzzle:

Although Jess knows she cannot change what happened, she is trying to understand what did happen.  As she pieces together the clues, she discovers not only that it’s easy to miss what you don’t want to see but that sometimes an obvious clue leads to a dead end.  Chasing Anna’s shadow, Jess actually risks losing a version of her self.

In her inaugural novel, Brunskill describes grief with such acuity that those who have lost a loved one or experienced some other deep loss will relate to her rich descriptions: Sometimes grief is the “constant version, which always [hums] in the background, like white noise” (69), while other times, it is “the gut-pummeling, breath-stealing kind” (69).  Brunskill also makes important observations about surviving trauma.  When we experience something traumatic, maybe we’re not supposed to obsess about it, imagining or wondering what could have been different.  While going back might produce some insight, it also means we live the pain over and over until we’re not living at all.