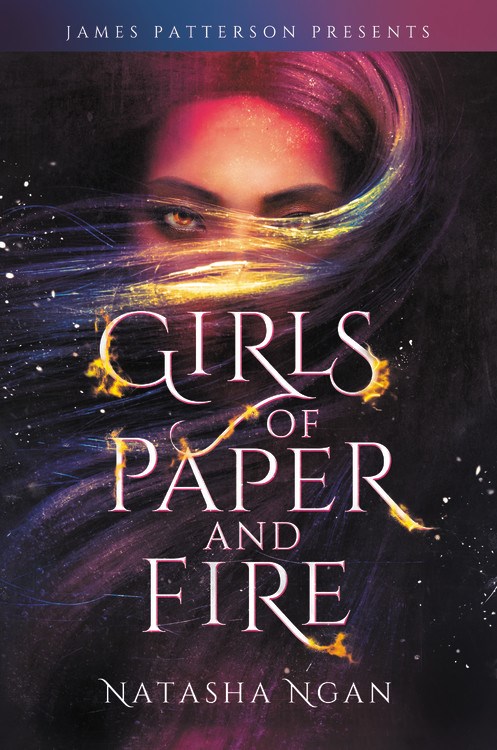 Girls of Paper and Fire 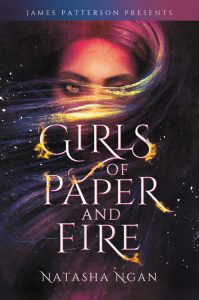 At age seventeen, Lei is plucked from her family and taken to live in the Hidden Palace of Han to lead a privileged life of service to the Demon King as a Paper Girl.  Tien, Lei’s surrogate mother, has told her that some families see great honor in their daughters being chosen, but for Lei, “honor is in family, in hard work and care and love, in a small life well lived” (55).

In the world of Ikhara, three castes coexist.  Those in the Paper caste are fully human, while the Steel caste consists of humans endowed with partial animal-demon qualities—both in physicality and abilities—and the Moon caste is fully demon with horns, wings, or fur on a humanoid form.   Being of the lowest caste, the Paper Girls are the king’s concubines, easily crushed, torn apart, and tossed aside as insignificant.  To gain their posts, the girls are evaluated on the basis of ancestry, social standing, femininity, and appearance.  Absent of most of those criteria and clumsy at court, Lei knows it is her peculiar beauty accentuated by liquid gold eyes that brought her here.

Hoping to wake from the nightmare of having been taken from her home in Xienzo and objectified as a gift to the king, Lei fights the forced assimilation, but soon her life dissolves into a blur of routine and ritual.  Feeling guilty that she is able to laugh and smile and make friends in her gilded prison, Lei vows to at least find out what happened to her mother who had been taken by the royal guard seven years earlier.  If nothing else good can come from her being in the palace, at least she might be able to get some closure on that.

After she is deflowered by the king, his brutality lives in her skin and breathes in her bones.  Living at court, Lei observes the affluence, power, and arrogance of the demon caste.  Enterprise and government provide employment for Moon castes.  Steels are mostly limited to industry and trade, while Paper castes usually occupy the lowest roles: servants, farmers, and manual laborers.  Although sometimes caste lines are crossed, such mobility is uncommon, and “no matter how high a human might rise, demons will always be superior” (80).

Resenting the oppressive social order and the performance that her life in the court represents, Lei dreams of freedom and realizes she has a choice to make: to live an easy life or a meaningful one.  While she wrestles with this dilemma, she befriends Wren and finds love, that necessary and powerful force that gives her hope and the ability to endure daily challenges.  But it can also get her killed.  After enduring punishment for her disobedience and indiscretion, Lei is weak, broken, and scared. How will she do the impossible—defy the King, help her kin, and escape the palace without the risk of her family being punished?

What the Demon King and his court do not understand is that paper is flammable, and there is a fire catching among the Paper Girls.  In their qi arts lessons, the girls learn to control their internal energy and come to understand the concept of nowhere—”What we’re really trying to do is to ground  ourselves into the here and now.  That being truly in the present means to disappear” (263).

Girls of Paper and Fire is inspired by author Natasha Ngan’s experiences growing up in Malaysia, a country with a dense mix of cultures.  A person of mixed ethnicity, Ngan refers to herself  as a hybrid from a multicultural home.  These influences and perspectives spill over into her writing, where she creates a magical world with roots in her own.  Read metaphorically, this fantasy novel makes commentary on contemporary social conditions of injustice and oppression while threatening an uprising.