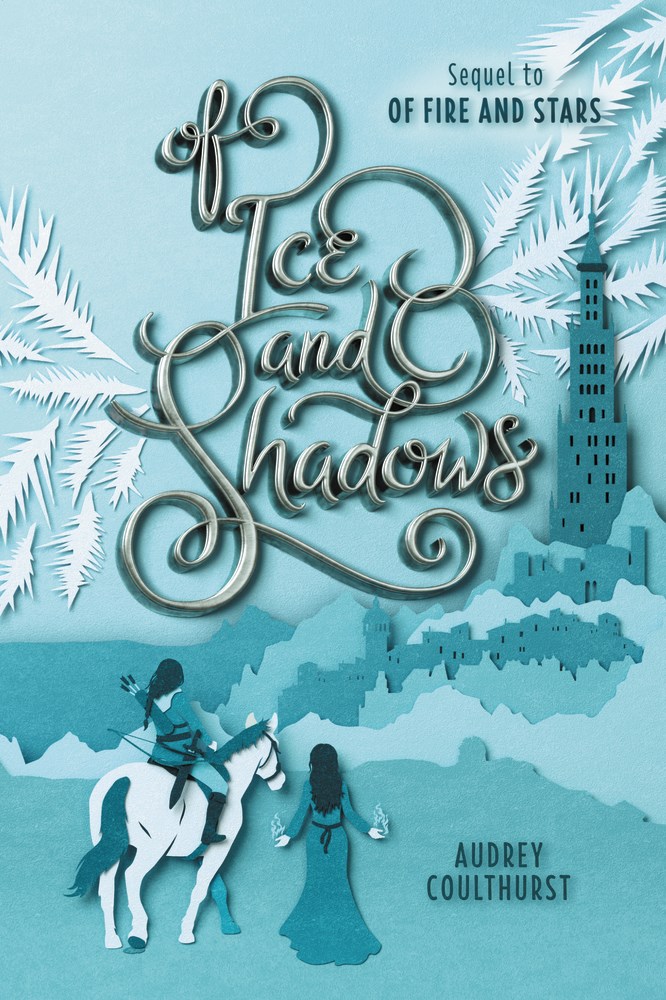 Of Ice and Shadows 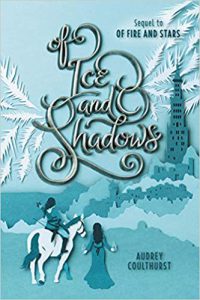 Dressed in a disguise, the Queen of Mynaria plays the cello with passion and life as her ten-year-old daughter Princess Amaranthine sings in the ale houses.  But mothers die, and Mare becomes a different person after donning a surly personality, wearing it like a suit of armor.  Bold and brazen, she is vakos, a girl without magic and one with an affinity for trouble and without a knack for social pleasantries.  More comfortable in communities where horsemanship is a measure of rank, Mare falls in love with Dennaleia, Princess of Havemont who was betrothed to Mare’s brother, Thandi, and groomed to be a queen.  But Denna is now believed dead, and the two girls have ridden off to Zumorda on a mission to serve the crown.

Fierce, intelligent, and able to find her way out of almost any situation with her wits, Denna has an affinity for fire, but she hasn’t learned to control her magic.  Mare, whose father was assassinated by magical means to throw suspicion on Zumorda, is serving as an ambassador, both seeking an alliance and looking for someone to educate Denna about how to use the magic that she has been hiding all her life.  In Mynaria, magic users are often punished or exiled since they are believed to be less than people, given that they can transform into animals and because they do not worship Mynaria’s Six Gods.  Furthermore, home is not a place where Mare has ever felt entirely comfortable.  So, a life on the road isn’t all together unpleasant.

On their journey together, the two young women feel most content in one another’s arms, where—for a few moments—the rest of the world falls away and their problems seem as distant as the stars.  But apart and without their rank and a title to provide protection, they discover danger, terror, and risk of death.  When magic users begin disappearing, the two—along with Sir Alek of the Misty Plains who has been assigned as their protector—are determined to solve the mystery.  But will the two emerge from their individual journeys whole and unscathed?

From Of Ice and Shadows, Audrey Coulthurst’s sequel to Of Fire and Stars, readers not only encounter the powerlessness experienced when the comfort of sociopolitical power is gone but feel the fear and uneasiness produced by rejection.  We all crave a place where we feel a sense of belonging, a place where our differences are accepted and our gifts appreciated.  Other lessons emerge from Mare’s fear, fear that Denna’s talent and gifts will endanger others.  Through Coulthurst’s characters, readers likewise bump up against the discomfort that comes when we don’t understand another’s power or in knowing that we can’t wish away the parts of a person we don’t like.  We also understand how one might repurpose a power or use a talent to strengthen the self when under attack—provided we remain calm, collected, and in control.  Although sometimes our learning may not feel like enough, we accept that perfection is not sustainable; there will always be new obstacles to overcome, new difficulties to face, and ways we will change over time.