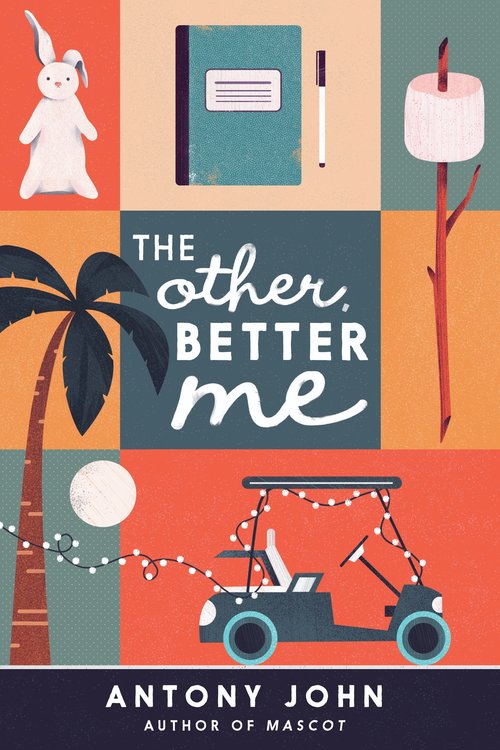 The Other Better Me 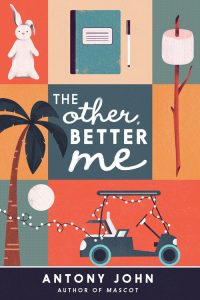 In his newest book The Other Better Me, Antony John writes about fifth grader Lola Harmon and the emptiness she feels by not having her dad in her life.  As this inquisitive and energetic people-person navigates life with her classmates at Shoreline Elementary school in North Myrtle Beach, South Carolina, she learns some important lessons about identity and about bullying behavior and bullies.

Lola’s best friends are Nick Merlo and Kiana Richards.  Both live more affluent lives than Lola, who resides in a mobile home with her single mother who battles a thyroid condition.  Lola describes Nick as igneous rock since he resembles cooled lava.  When he’s excited, he’s all fired up with a crazy smile and a generous, enthusiastic spirit, but when he’s annoyed, his face gets very hard and serious.  His parents own a home in an upscale neighborhood and practically throw away what Lola and her mother could live on.  Nick is a team player who likes to stand out once and awhile.  Kiana, on the other hand, has the mind of a detective.  She is thoughtful and thorough.

When their teacher assigns a project in which her students must imagine their lives if one big thing were different, Lola focuses on how her life would be if her Australian dad played a role: “After all, he’s a part of me, whether he’s here or not” (20), she says. With the help of Kiana and Nick, Lola sets out to solve the mystery of her dad’s absence and whereabouts.  Along the way, Lola encounters the negativity of Mallory Lewis, a bully who Lola claims is directly descended from Voldemort.  Mallory harasses others and feeds on their weaknesses.

Because Lola is an only child whose mother’s work schedule extends beyond the school day, Lola also spends time with her neighbor, Ms. Archambualt and with the local public librarian, Jayda.  From these adults in her life, Lola also learns significant life lessons about taking the time to learn about someone as a form of bravery and that “you don’t find a voice, like some toy you misplaced.  You seek it.  Claim it. Own it, and you never apologize for using it” (147).

As Lola learns to speak up more and to push her mother for answers, she gains further insight, recognizing that sometimes a reward isn’t worth the cost and that family is more than the people with whom you share a house.

Readers of Wonder by R. J. Palacio or Just My Luck by Cammie McGovern will appreciate John’s emphasis on kindness and community.