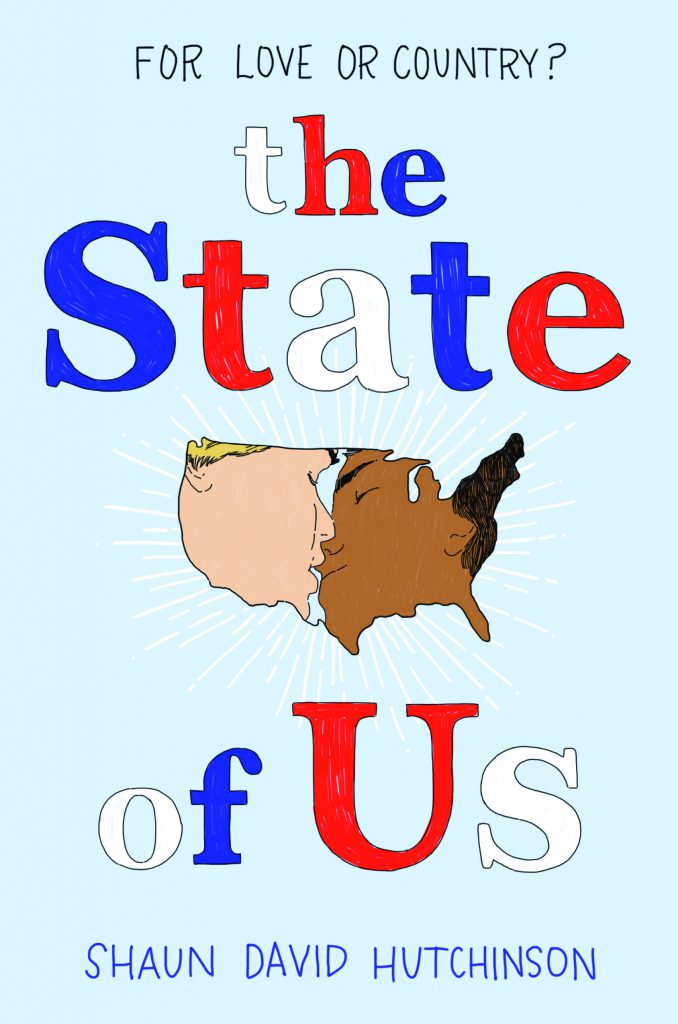 The State of Us 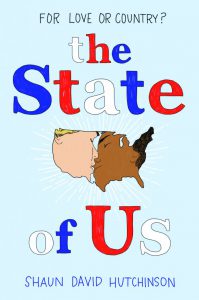 Living in Nevada, Andre Rosario (Dre) is the opposite of smooth.  He’s flamboyant, out-spoken, and prone to hyperbole.  He’s also resentful that everyone is watching, judging, and offering snaky commentary about him and the sacrifices he has made for his father’s presidential candidacy. This openly gay young man is talented with monster makeup and photography, posting his creations online with a web presence called Dreadful Dressup.

Dre’s best friend and partner in creating Dreadful Dressup is Mel—Emelda Vincente-Perez.  Mel is fiercely loyal, politically committed to her beliefs, and ready to change the world. Dre isn’t as interested in making so public a statement.

When Dre is stuck in a room with the son of his dad’s political rival, Janice Arnault, he senses a connection with Dean, who may be the only person who really understands the impact of always being under public scrutiny and who equally fears for the safety of a parent trying to make the world a better place.

Outwardly, Dean is the perfect picture of a young Republican.  As the two young men visit, Dre comes to realize that Dean is more complex than the stereotypes and assumptions about any obsessions with guns, girls, and glory.  He further begins to fall for a boy he knows Mel would tell him is one he can’t have, calling that behavior Dre’s brand.

A resident of Florida, Dean has a tendency to be easily distracted and to lose things, so he makes lists.  Organized and serious with a talent for debating, Dean is also confused about his sexuality and believes he lies on the ace spectrum.  He considers himself demi, someone who only experiences romantic or sexual attraction after establishing a strong emotional connection. However, he suggests a person can’t be reduced to a single label like sexual orientation and be defined by it.  “For some people, their personality traits were an extension of their sexuality, but that wasn’t true for me.  My personality was no more influenced by my sexuality than it was by my right-handedness. It was a part of me, but it did not define me” (182-183).

Because of his mother’s conservative views and because of the default settings of the world, Dean has not disclosed his preferences. He questions whether he can come out in a world that wants to make him invisible.  Likewise, he fears the scandal that his declaration might create, risking his mother’s chances at winning the election.

Dean, who is fiercely committed to his mother, believes we can love someone and not love everything about that individual.  He loves watching his mom prepare for a political rally or debate; “watching the mayhem swirl was intoxicating.  I loved every second of it.  This was the room where ideas were born, . . .  where policies were drafted, . . . where people . . . made decisions that could affect hundreds of millions of people, and there was no one I trusted more than my mother to make those decisions” (168).

Dean’s mother served as a soldier, and she is as fierce a presidential candidate as she was a soldier.  She believes that “accidents are just opportunities in disguise” (15).

Dre is equally convinced that his father, Tomás Rosario would make the best president.  A Mexican-American with a passion for immigration cases, Tomás insists on being kind to everyone, worries how a decision or policy will affect every single person, and asserts that there is nothing wrong with being different.

The State of Us by Shaun David Hutchinson is also remarkable in that it makes the reader think about and see the world differently. Through Hutchinson’s characters, readers learn that trying to understand people we disagree with is how we learn and grow, and the more we learn about others, the more we learn about ourselves.  He additionally imparts evidence about the ability of time and experiences to change us all, making it impossible to ever go back to the “way it once was.”

From Mel, we receive this advice: “If you want to make something happen, make it happen.  Don’t let whatever’s hanging you up stand in the way” (92).

From this seventeen-year-old who aspires to be a high school teacher—someone who loves taking a complex topic, breaking it down, and explaining it to someone who isn’t familiar with it—readers also hear the reminder that having fun and following the rules aren’t mutually exclusive.

Among multiple other lessons, Dre teaches readers that humans have a tendency to decide who people are before we give them a chance.  Through him, Hutchinson shares a perspective about school shootings as being a people problem rather than a gun problem.

Regarding a resolution for the multiple threads of conflict, the reader will need to follow the plot to its surprising conclusion while being prepared for insights about human nature.  Hutchinson tells the tale in chapters that alternate in perspective from Dre to Dean. To keep things interesting, Hutchinson adds a third-party candidate, the scheming, greedy, and devious Jackson McMann.

Although it has certain appeal beyond its genre because it is set against the 2020 presidential election, Hutchinson’s book will likely get a vote from readers of David Levithan, Stephen Chbosky, Alice Oseman, or Rainbow Rowell.