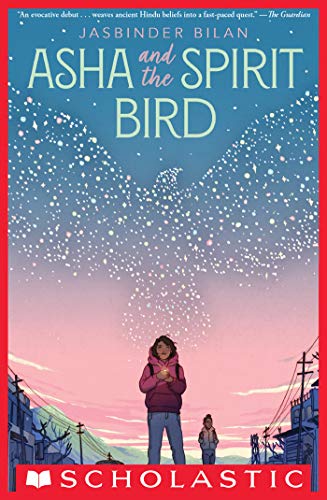 Asha and the Spirit Bird 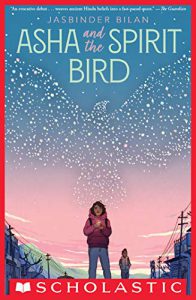 Jasbinder Bilan’s debut novel for middle grade readers, Asha and the Spirit Bird, is one rich with cultural detail and adventure. Set in a village in India called Moormandali, Bilan includes many Hindi and Punjabi words to add authenticity to the telling of this coming of age, epic journey.

The story features eleven-year-old Asha Kumar and her twelve-year-old best friend, Jeevan Singh Gill.  The two children sneak away from home to travel from their village in the foothills of the Himalayas to find Asha’s papa in Zandapur.

The journey calls on the children’s perseverance, courage, hope, and conviction that they will be successful.  Along the way, they not only unleash their anger against injustice but must face the adversity of hunger, detection, fatigue, fever, weather conditions, and devious junk yard owners as they traverse the land of amber-eyed tigers, snow leopards, and wolves.

With her nanijee’s guidance in the form of the lamagaia bird and the guidance of her ancestors, which pulses through a pendant—an ancient symbol called a buta that is given to her by her mother—Asha must reach her papa before Divali, when the greedy, loan shark Meena will steal the family’s farm.

Born on the night of a spectacular thunderstorm, Asha is a thunder baby with mountain-green eyes destined to see things that others cannot.  In order to save her family from financial ruin, Asha must use her seeing powers to find her father as well as the collection of gold dowries—an heirloom treasure trove that Nanijee has hidden safely for hard times.

The logical and skeptical Jeeva, aka Mr. Science, is hesitant to believe in visions, dreams, magic, prayer, and the power of ancestors that are Asha’s treasured beliefs. But after enduring a series of conflicts, he comes to realize that if we want something to happen, we have to make it happen.

In addition to that lesson, Bilan’s book teaches young readers that children have power and that everything can be seen in different ways. A cultural translator, Bilan’s included glossary will aid readers as they accompany Asha and Jeeva on their heroic journey.