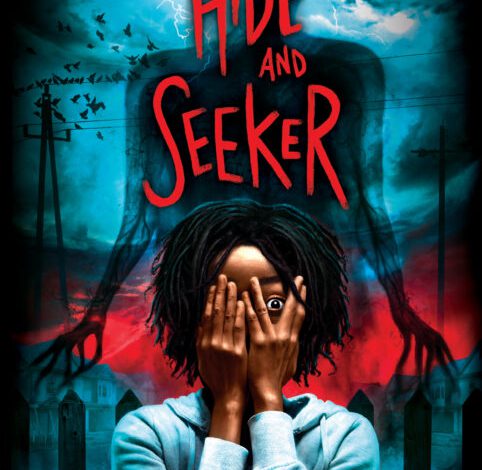 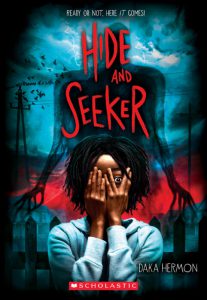 Set in Chattanooga, Tennessee, Hide and Seeker by Daka Hermon is a horror story. Along with the Fantastic Four, readers will drown in a sea of scary. If you don’t believe monsters are real, wait until you experience the creepy encounters of Hermon’s characters!

Since his mother died, Justin Vaughn believes that everybody leaves, nothing stays the same, and nothing fits anymore. One of his best friends, Zee Murphy is back after a long absence, but he has been changed by the trauma of his experience while lost. Now, along with two other friends—Lyric Rivers, who is loyal and believes that friends help and don’t every give up on one another, and Nia, who is super smart, supportive, and as good with people as she is at recalling facts that give her confidence—Justin is determined to discover what has altered Zee’s personality so drastically.

At a Welcome Home Party for Zee, several neighborhood children gather and play Hide and Seek, but the game takes on a haunted theme when all of them break the rules and begin to realize that Zee has been cursed and that other children in the neighborhood are vanishing.

Justin, who is the “official unofficial leader” of the group, is good at figuring things out, but his mom’s death has taken some of his confidence. Now, he’s not so sure he’s up for what Lyric calls “his thing” of fixing stuff, helping people, and making a bad situation better. Because others are counting on him, Justin promises to help. Still, promises are stupid; they’re just “future lies wrapped with a big bow of disappointment” (29).

As Nia, Lyric, and Justin set out to set right the world gone rotten, they hope to stop whatever is happening before someone else disappears.  By putting together various pieces of the puzzle, the trio learn that the game Hide and Seek and the Seeker are connected.  The Seeker is a monster that lives off of fears, terror, and confusion. Their journey takes them to a world of horror called Nowhere. Trapped, they prepare to do some serious monster butt-kicking in a mission called Seek and Destroy the Seeker.

Once in this gloomy parallel universe where they must face their worst fears, the trio wonders how they’ll ever recover or even survive the trauma of the dark and twisted game in which they find themselves.