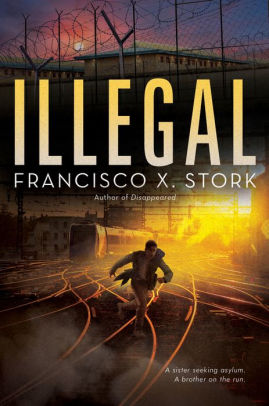 Just as Sara Zapata believes in doing good, no matter the cost, her brother Emiliano believes in the need to do something good with his life. Because of their convictions, they are forced to flee from Juarez, Mexico, to escape persecution and retaliation from human traffickers. Seeking asylum, they cross the border into the United States, but an attack ensues. Afterwards, Sara finds herself in the Fort Stockton Detention Center; however, her brother has escaped with the contraband that put their lives in jeopardy in the first place: Leopoldo Hinnjosa’s phone.

Hinojosa is the man responsible for the enslavement and abuse of multiple women, and he is desperate to retrieve his property which carries evidence that will incriminate a ring of greed. Getting the phone to Yoya, a gifted hacker, will not only mean freedom for girls in captivity and suffering but conviction for those involved. Dedicated to this mission, Emiliano presses on to Chicago where he reunites with his father and his new family—a situation that carries its own set of conflicts.

Boggled first by the irrationality of the system, Sara is soon shocked by the senseless hatred and cruelty she sees from one of the guards, La Treinta Y Cuatro, who tells Sara she is not special. Because she speaks English, writes articles for newspapers, performs translations, provides advocacy for the voiceless, and shows compassion, Sara IS special—until she’s not.

As time drags on, Sara discovers that she is “nothing but a number, a piece of paper that needs to be proceessed along with thousands of similar pieces of paper. Credible fear findings, appeals, deportation orders—all of them pieces of paper that no one reads” (212). Wondering what power she has over a crew of people who can create life and death by inventing official-looking documents, Sara remains determined to learn lessons from all the world’s poor as well as from what every day has to teach.

These facts form the basis of the plot of Francisco X. Stork’s novel Illegal. But Stork does more than tell a story; he challenges his readers to wonder, as Lucila—a fellow detainee—observes when she asks Sara an honest but difficult question: “Your story is different. Most of us here have the same old story. Gangs were after us back home. Bad men wanted us to pleasure them or work for them. Those animals didn’t care about my baby. If I wanted to feed my baby, I had to do what the men wanted. . . . [These are the conditions] of all poor women in all poor countries of the world. Can the United States take us all in?” (71)

Through his character Emiliano, Stork also teaches an important lesson about anger. Emiliano learns to play football with self-control “because to play angry was to play stupid. When you are angry, your vision narrows, you stop seeing the whole playing field” (178).

Additional tough topics about which Stork invites us to think include compassion, hatred, immigration, and the feeling of belonging.

As the plot thickens, Emiliano begins to lose his resolve about keeping the phone, luring out the human traffickers, and untangling their web of crimes. If Big Shot can cause death and suffering for others, how hard would it be for him to kill Sara and other people close to Emiliano?