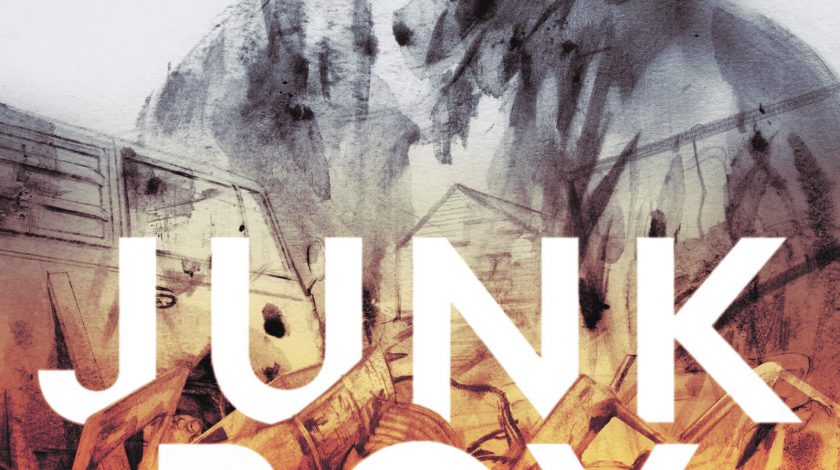 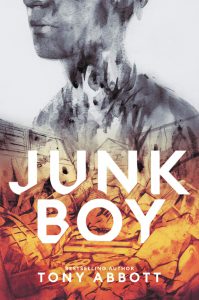 Robert Lang (aka Bobby) lives in a green house in the junkyard at the dark end of a godless trail amidst trees so thick “the sun gets stuck in the branches” (9). Because the junk molders around him and because young people are often cruel, his peers nickname him Junk; his dad, Jimmy, calls him Slug.

Bobby feels inadequate to meet the demands of the world in which he finds himself, one where his father is a drunk and lives with a limp, his mother abandons him a year after his birth, and he appears lost, empty, and friendless.

At fifteen, Bobby is short, somewhat uncoordinated when it comes to athletics, and has “puppet strings for muscles” (22). His throat closes, and he chokes when Coach makes him run in gym because his lungs are “flat and small as . . . tea bags” (23).

Even though Bobby is kind, creative, thoughtful, and imaginative, these attributes don’t help him to navigate his world. He dislikes school, where he is seen as a misfit since he doesn’t “react the way the lab instructions say” (45). Because his behavior doesn’t fit the mold, he is left behind, falling “between the lines and off the page” (45).

Unsure most of the time, Bobby quietly watches others, hoping to learn the social codes and to decode behavioral nuances. Although he tries not to stare, he sees things that others do not. In his watching, his brain gets cramped up with thoughts of Rachel Braly, who kisses girls but calls him friend.

A talented artist who can bring lines to life, Rachel sees beneath the surface of someone or something and draws from that hidden core. Under the influence of her talent, a peach drawn in pencil takes on fiery color: “She can draw a peach that moves; a peach so real that real peaches can look at it and understand what being a peach is all about” (108-109). And her portrait of Bobby reveals “something going on inside that isn’t slow or mute or bad” (168).

After winning an art competition, Rachel receives an invitation to a prestigious art academy. Craving this escape from an abusive mother who wants to exorcize her gender identity—”to reformat her or something” (116)—Rachel asks Bobby to accompany her to the city to visit the school’s campus. However, her mother—who fears for Rachel’s spiritual and moral goodness—refuses to let her accept the school’s offer. When this frosty woman sees Rachel with Bobby, she accuses him of being a freak headed for jail just like his father. Had his angry and neglectful father been in jail?

Seeking answers and trying to understand the complexities and inconsistencies of human behavior, Bobby seeks out the priest who visits a little churchyard shed in the forest for inspiration. Here, this holy man writes his sermons, connecting the dots and little thoughts to prepare a message that might inspire people to conquer some of the hurt in the world. This priest plays a pivotal role in this story that connects the lives of outliers and makes an effort to mend the world’s brokenness and the broken relationships he observes.

The town priest encourages Bobby not only to talk to his father but to keep an eye on Rachel, who claims to hate her mother and who experiences epic anger. He fears she may be a danger to herself and that her art alone will not enable her to unbreak herself.

With all of the characters “trying to understand a not-understandable [strangeness]” (164) and to excavate their junk-filled lives, Junk Boy by Tony Abbott is a powerful story. Written in free verse, Abbott’s novel explores human complexity, with a special focus on those who live on the fringes. Under the influence of Abbott’s pen and his penchant for caring, readers are inspired to sharpen their people decoders, those sensors that alert us to the nuances of what people around us say, or do not say, about themselves, their isolation, their family tensions, and their difficulties.

According to Abbott, if we see, hear, or feel something that doesn’t ring true or that seems inconsistent, we need to address, rather than ignore, those irregularities. We can’t pretend deafness or claim ignorance; after all, we are all together in this world of “undeniable beauty and unavoidable risk. . . . Each of us [is] a single instrument in a vast symphony. We’re here to play our parts” (Author’s Note). Therefore, when we detect signs of depression, alienation, bullying, and other causes of teen suicide, we need to take action, to help in such situations by connecting the individual at risk with the resources required.

2020-12-15
Previous Post: The Ninth Life by Taylor B. Barton
Next Post: How to Pack for the End of the World by Michelle Falkoff