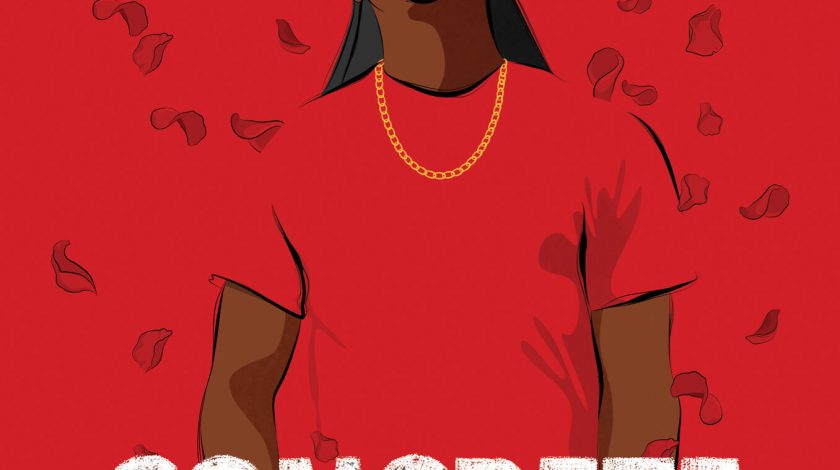 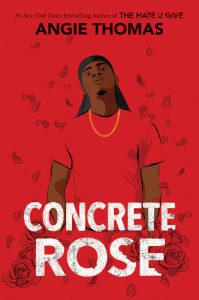 Angie Thomas’ prequel to The Hate U Give is a good read.  Concrete Rose, which tells the story of Maverick Carter, is no fairy tale. However, it is deeply moving.  It reveals a young man who is full of potential despite the harsh world around him. Even though Garden Heights, the neighborhood in which Maverick grows up, is inundated by gangs, drugs, violence, and poverty—his mother, Faye, does her best to give her son a positive upbringing. Still, he confronts death, the challenges of teenage parenting, and multiple temptations head on.

Thomas doesn’t sugarcoat the difficulties that Maverick faces, and the reader gets to experience his frustration and fears:

Confused that his “one night stand” baby mama could abandon their son, Mav takes over as a full-time parent when Iesha Robinson ducks out. Now, he’s sleep deprived and broke: How does he keep his grades up, graduate, and get into college when he’s sleeping in class or skipping school? How can he walk away from the money that drug dealing supplies when he has bills to pay and his part-time job with Mr. Wyatt isn’t keeping up? How can he grow into the man he is supposed to be when his own father is absent and in prison? After all, it’s hard not to give another thought to the main thing in your head—whether that be a girl, a lost loved one, or a fixation on revenge or measuring up.

These are the challenges Mav faces. Yet, there is beauty in the hopeful fact that Maverick can still prosper and emerge from adversity despite his imperfections and what others might call his “poor choices.” As a product of such difficulty, he is one of the lucky ones that is able to still grow as a person and emerge as a rose.

Maverick owes that survival to several key people in his support system: his cousin Dre, his boss Mr. Wyatt, his girlfriend Lisa Montgomery, and his mother. They all see a better version of Mav than he sees in himself. Because they dispense advice and tough love, insist that he set goals and work towards meeting those goals, and never stop believing in him, that support system helps him to “keep it together.”

But when Dre is shot, Mav weakens. Life without Dre seems impossible, and condolences are just a constant reminder that a loved one is gone. Consumed by grief, he turns to his home boys, who taunt him into submission with remarks about being a man, a provider, someone who can look fly with new kicks rather than being weak and wearing cheap knock-offs. The expectation to get revenge for Dre’s murder is also high; how does Maverick keep blood off his hands and live up to his reputation as Li’l Don, the son of a former gang legend? Soon, Mav adopts the thinking: “Being a man don’t got nothing to do with what I want. I gotta do what I gotta do, and it looks like that’s selling drugs” (278) for the King Lords.

But Lisa doesn’t want a relationship with a drug-dealing, gangbanging, high school flunk-out whose life if riddled with trauma and grief, even if he is her baby’s daddy.

For those willing to read with the eyes of an explorer—eyes of curiosity and absent of judgment, it is easy to see how gang life provides the protection, the family camaraderie of someone always having your back, and the support that someone on the streets or in the hood might require. It’s also easier to see how a person might get sucked into believing “since I ain’t shit, I ain’t got shit to lose” (307).

Thomas takes her readers on a rocky road with Maverick as he learns his lessons the hard way. Eventually, he comes to realize the truth in Mr. Wyatt’s formative words: “What I tell you? Roses can bloom in the hardest conditions. . . . It’s kinda like how we have to do with ourselves. Get rid of things that don’t do us any good. If it won’t help the rose grow, you’ve gotta let it go” (341).

2021-02-26
Previous Post: The Sea of Winter by Christine Day
Next Post: A Song of Wraiths and Ruin by Roseanne A. Brown