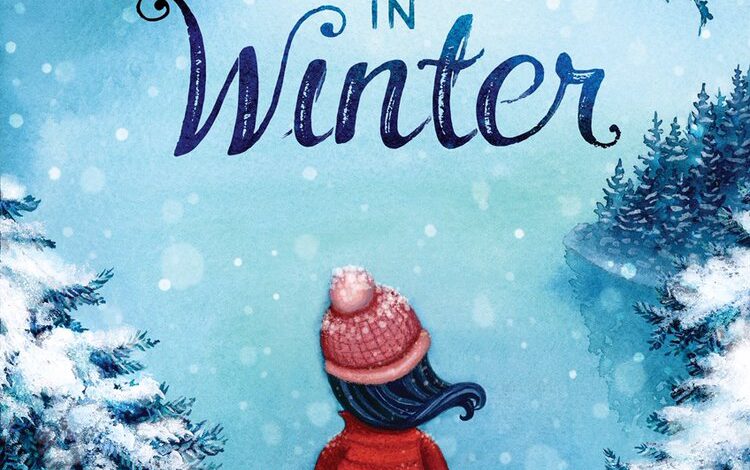 The Sea of Winter by Christine Day 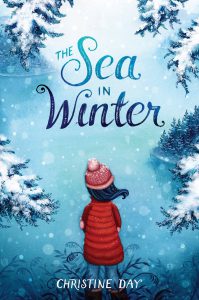 Author Christine Day claims to have written The Sea of Winter for young people who struggle with loneliness, a separation from friends, and uncertainty about the future. It is also for those learning to live with and recover from trauma. However, it’s not just a story for those who despair but for readers who can relate to athletes whose dreams are altered by injury. It’s for readers of Cynthia Leitich Smith, James Welch, and Jennifer Longo or for anyone struggling to find joy again and needing a reminder that pain is temporary.

Twelve-year-old Maisie Cannon is a Makah/Piscataway girl whose sanctuary is ballet school. She finds her bliss in the bright, airy space of her favorite studio where mirrors line the walls, ballet slippers squeak on pearl-gray floors, and piano notes pinwheel around her. Here, she can spin and step and reach as she performs the sweeping gestures of a grand port de bars or the aching lift of an arabesque.

When Maisie tears her ACL in an accident at ballet school, the injury leaves her adrift in the sea of unknowing, a place that is cold and lonely and frightening.  Maisie sees all of her hard work, the years of her life spent convinced that she had found her passion, and her belief that practice and persistence would pay off all go up in smoke. Laughter becomes rare, replaced by mood volatility and snappishness. Maisie’s six-year-old brother Conner is a ray of sunshine to her human storm.

Despite Maisie’s lashing out, her mother Angie and her step-father Jack are unwavering in their support. As heart medicine, they plan a trip to the Olympic Peninsula and to Neah Bay in Washington.

On this trip, along with Maisie and Conner, the reader learns history of the Duwamish Tribe during colonization and how the knowledge and generosity of the Duwamish helped the Denny Party survive their first winter in the Pacific Northwest. We also learn about the environmental impact of the Elwha and Glines Canyon Dams and the toll they took on Native American tribes living in those areas in 1910. After their devastating effects on tribal life, the salmon populations, landscape, and changing ecosystems, in 2011, the deconstruction process began.

The rivers roaring to life once the dams are removed becomes a parallel for human recovery, as well. If we’re willing to commit to the process of rehabilitation, healing can happen. Part of that process will mean we stop chasing ghosts and wishing for a life other than the one we are living.

We also learn about the Makah Nation, its 1999 whale hunt, and the harrowing events that followed. Day’s novel captures the truth that dreams, realities, and people change. Although we all face and cope with change differently, we do need to find those strategies that help us regain resilience. Rather than seeing all as ruined, we need to make our way through the painful, scary, and unpredictable crossroads. That is best done with a support system rather than trying to “go it alone.” When we allow hope in, the fog of despair can begin to lift. When we turn to family and the teachings of ancestors or when we seek therapy, we can find relief from depression and perhaps find a way onward.

Under the influence of such support, like Maisie, we might find a way past the perception of a ruined self and learn to be more present in our own bodies, to resist the hollow ache that sometimes tricks us into thinking we don’t matter or that we are a failure or that our family and friends don’t really want to hear from us. If we have chemical imbalances in our brains, we may even require medication to treat the anxiety and depression.

Those ten factors influence human thought, feeling, behavior, and belief.  CIL also has potential for providing rich connections to cultural and linguistic backgrounds as well as for starting conversations about difference and for inviting readers to imagine another way to see.

Finally, titles like The Sea of Winter provide a training grounds for civil discourse because they enable students to hear diversity of thought and to recognize that their reality, their understanding, their experience is not the only one.