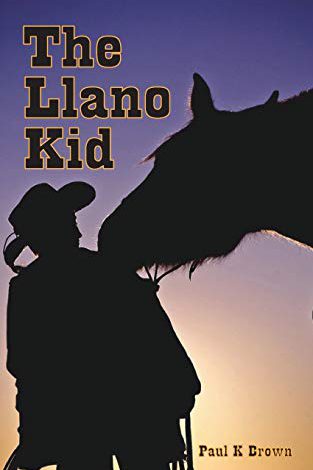 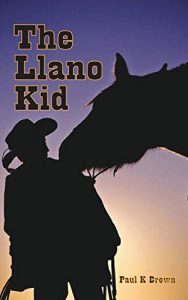 Writing a western set in the 1870s, Paul K. Brown invites readers on a ride with The Llano Kid, the first of the Llano Kid Adventures. Half Cherokee and half Irish, Llano was orphaned when he was twelve.  On Llano’s path to young adulthood, Brown recounts various encounters with drunks, bullies, thieves, and gunmen who seem to prefer bravado or mob mentality without any notion for getting the facts.  Now nineteen and seasoned by these experiences, Llano is looking for a place to find honest work and to hang his hat. However, he will have to navigate the harsh code of the West and the hostile race relationships of that time period.

According to Llano, “the West offered freedom, independence, and beauty. But a feller had to be prepared to fight for what was right. . . even if that meant to his own death” (12).

Favoring justice and fair play, Llano lands a job with the T-Bar cattle company in Texas, operated by a less than scrupulous foreman: Dave Beckman. Although Beckman seems determined to set Llano up for failure, Llano is just as determined to discover whether Beckman is rustling cattle. In the process, he learns that pain is an integral part of courage and survival.

Although Brown presents a mystery, he rather hastily reaches a conclusion. Still, the novella does inspire self-reliance, resourcefulness, and bravery in his readers.

2022-01-12
Previous Post: Black Birds in the Sky by Brandy Colbert
Next Post: You Can Go Your Own Way by Eric Smith