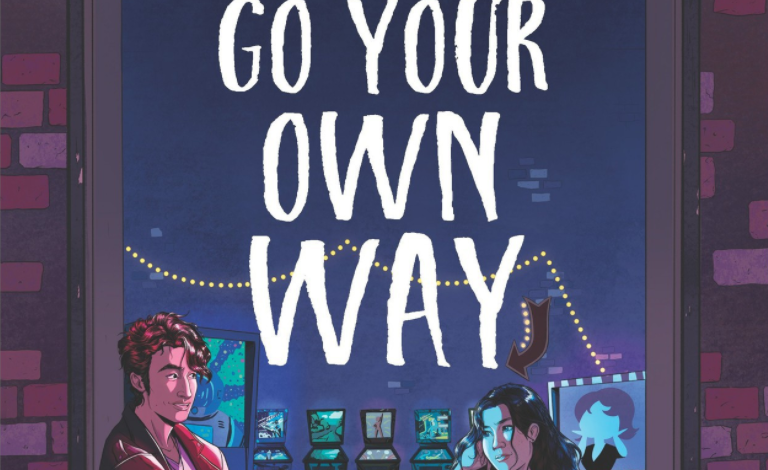 You Can Go Your Own Way by Eric Smith 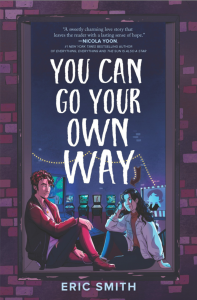 Like the Fleetwood Mac Song “Go Your Own Way,” Eric Smith’s protagonists Adam Stillwater and Whitney Mitchell—in his novel You Can Go Your Own Way—must decide whether love and sharing their worlds is worth the risk or whether divisiveness and potential loneliness is their reality.

Set in Philadelphia, Smith’s novel alternates between the two lead characters in its telling, giving readers insight and perspective.  A lover of old movies, music, and pin ball arcade games, Adam is struggling to let go of his father’s dream in exchange for his own since he feels as if giving up on the dream would mean he is also giving up on his father. Like his father, Adam believes that old things have character and soul, and he wants not only to keep his memory alive but keep his unsaid promises to his dad. However, Adam doesn’t have the passion and the natural talent for schematics and business.  Although he’d rather focus on figuring out electronics and engineering, he is clouded by grief and neglecting his own dreams.  Each of Adam’s chapters begins with an allusion to The Art and Zen of Pinball Repair by James Watt, which provide an analogy between how pinball is played and life is lived.  These references, similar to Robert M. Pirsig’s Zen and the Art of Motorcycle Maintenance, provide a penetrating examination of how we live and a breathtaking meditation on how to live better.

Fierce, beautiful, and a wildly hard worker, Whitney seeks her father’s validation. She wants to be seen as a person, rather than just as an asset and what she can do for business. Feeling unwelcome and unseen, she continues to serve as a social media messenger for her father’s internet café’s so that she can remain connected to him.  In addition, it takes some time before she realizes that her “friends” are self-absorbed, obsessed with their image, and taking advantage of her and the connections she can provide, given her father’s wealth.

As the two teens navigate their challenges, they realize that they spend too much time talking about their image instead of talking to each other. With help from Chris and his “eat a Swedish Fish and talk about your feelings” philosophy, both Adam and Whitney learn the value of not ignoring what’s really important in favor of what they think other people think and want.

Besides being a quirky romantic comedy, You Can Go Your Own Way more importantly tells the story of what it’s like when old friends drift apart and families try their best and still fail one another—whether intentionally or not—and how to navigate those challenges.  Like Pirsig’s book, Smith’s is a story of love and fear—of growth, discovery, and acceptance. Both novels provide a profound personal and philosophical odyssey into life’s fundamental questions.