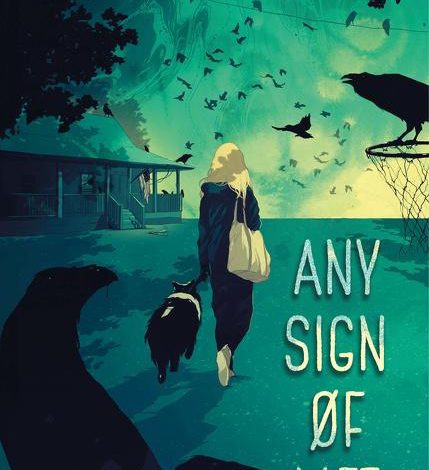 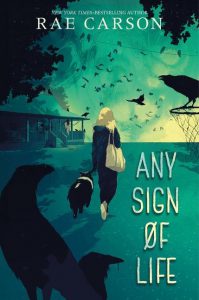 Set in Ohio, Any Sign of Life by Rae Carson is about a post-apocalyptic world when an airborne virus more deadly than the corona virus has wiped out most of humanity. Terrified and overwhelmed, the few survivors must decide whether they wish to fight or they will give in to despair. Carson invites her readers to wonder what keeps us going since so many of our hopes and dreams—our reasons for living—are determined by sociocultural constructs. Do we recreate what we’ve lost or do we rebuild with something new and better?

By asking what happens when all our reasons for living are taken away, Carson considers the dilemma through four of her main characters: Wyatt, Trey, Tanq, and Paige.  What if there is “no football scholarship, no big game, no Christmas, no future? Is life worth living intrinsically? Is the world even worth saving after you’ve lost everything you were living for—[family, basketball, art]?” (252).

For Paige, basketball was everything.  “It wasn’t just the sport I loved. It was my life, inextricably entwined with my family, my friends, my home, my future” (191). Although Paige can’t think about basketball without remembering special connections, with humanity nearly extinct, all of that is gone—as gone as Tanq’s art, Trey’s football and pre-med dreams, and Wyatt’s orienteering and hunting. However, Paige doesn’t do despair, so she convinces the other teens to fight back. After all, life is about fighting one battle so that you can fight another.

One of Carson’s lines about panic especially drew my attention, making me realize that many people “who have access to a nuclear arsenals and nerve gas and weapons of mass destruction think they can contain an alien virus by bombing it into submission” (248). In fact, many problems can’t be easily extinguished or resolved with force and violence.

Another moment of appreciation in Carson’s text occurs in her use of the null sign as a significant symbol. What some read as graffiti, others read as a code for communication. It is also reassuring to think that more than a hundred and fifty years later, the Underground Railroad might still serve in a life-saving role.

With this novel, Carson asks all readers to consider whether they would be willing to give up all of their hopes and dreams and loved ones to save the world.