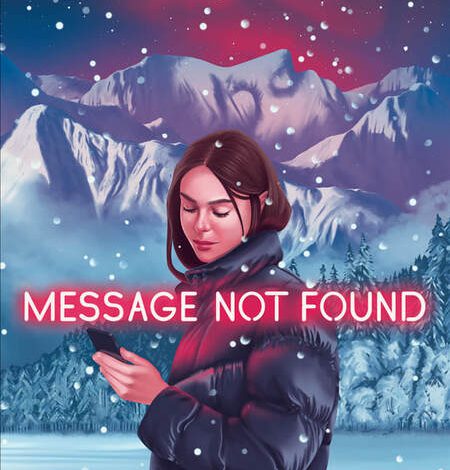 Message Not Found by Dante Medema 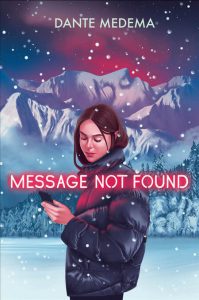 Message Not Found by Dante Medema is a romantic mystery that keeps the reader intrigued with every turn of the page. Medema tells the story of two “ride or die” friends: Vanessa Carson and Bailey Pierce.

A lover of Disney princesses and blue raspberry flavored Pop Rocks, Vanessa dreams of being a writer someday. Bailey, on the other hand, hopes to follow in her parents’ footsteps to work in computer coding and artificial intelligence.

One night, the girls trade Pop Rocks therapy for champagne drinking and ice cream eating as they share secrets and commiserate about boys and Bailey’s breakup. When Vanessa receives a text message, she grows alarmed and rushes off into the night, claiming that Mason—her boyfriend—is at her house. Instead, she never makes it home.

The victim of a terrible accident because of snowy conditions on the pass in Tundra Cove, Alaska, Vanessa’s vehicle ends up over the edge.

Flooded with guilt for letting Vanessa drive off in the middle of the night and then texting her to check on her progress, Bailey blames herself for Vanessa’s death. But the questioning and wondering remain: What was she doing on the pass, a route out of bounds to reaching her home?

Medema takes readers through the weeks following this devastating death to experience the all-consuming grief left in Vanessa’s wake. Feeling like “the motherboard to [her] heart has been fried and sold for parts” (313), Bailey wishes there were some scientific method to apply to the situation of resolving Vanessa’s secret-keeping.

Hoping to help her daughter heal, Jacky-Mom shares a reverse scrapbook idea—a chatbot of sorts—that she developed when Bailey’s dad died. As a way to process her grief, Jacqueline fed the bot with Myspace posts, email transcriptions, and any other digitized content so that she could memorialize and still talk to her husband. From this data, the bot develops algorithms and conversation strings. “In theory, it would seem like you’re having a conversation with an actual person” (46).

Without her mother’s knowledge, Bailey steals the app from her mother’s computer and feeds it every text message, social media post, and email she has access to. In her desperation to discover Vanessa’s secret—hoping the knowledge of the secret will heal her—Bailey even “steals” two phones to get more material. Wanting not only to trace Vanessa’s steps from this digital footprint but to process her grief, Bailey continues to have conversations with Vanessa through the bot, which she labels: V. Now, as long as she has her phone, Bailey can distract herself through the day, writing little notes back and forth with V. In the process, she tricks herself into thinking she’s okay, but soon, she’s obsessed with algorithms and code that will make V feel a little more like Vanessa and that will hopefully supply answers about Vanessa’s enigmatic behavior.

Both Bailey and the reader ultimately get the answers they seek, but Medema’s book moves beyond a simple mystery to explore the nature of grief. Tired of feeling empty and unable to let go, Bailey has to admit eventually that she’s happiest when she leaves her sadness behind and distracts herself with friends or homework or mindless entertainment. Rather than allowing her heart to cripple with thoughts of betrayal and guilt, Bailey learns that “maybe part of grief is letting go, moving on, and forgetting all those questions that are left like missing puzzle pieces” (215).

Another pair of morals about human behavior come from Liz Winters: “If people have the capacity to be unkind to others, they have the capacity to be unkind to you” (355), she tells Bailey.  She also points out that we all take turns being shitty to others, so we have to ask ourselves: What am I looking to get out of this trash talking? With that kind of candid self-reflection, we can turn our attentions to something more positive.