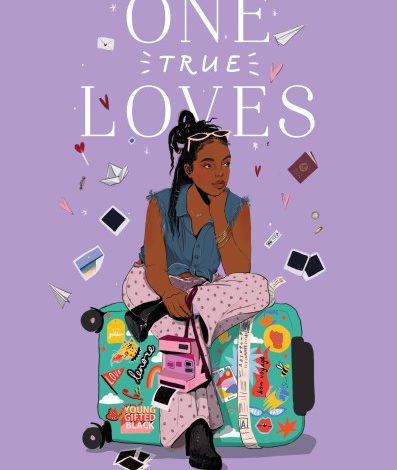 One True Loves by Elise Bryant 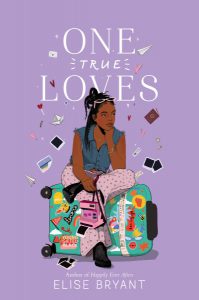 The plot of One True Loves by Elise Bryant revolves around the life of smart, capable, artistic, and driven, Lenore Bennett. Each time she has a relationship with a boy, Lenore feels chosen and treasured—only to realize she has been nothing more than a chick on the side or a stepping stone to another relationship. Intent on protecting herself from the pain of such hurt, Lenore decides to live with her guard up and her heart on lockdown.

However, “rooting out fuckboys and exposing their crimes against womankind” (29) proves to be a difficult mission with a friend like Tessa who is intent on writing her own love story and curating one for Lenore.

After graduating from Chrysalis Academy, an upscale school in Long Beach, California, for students who excel in the fine arts, Lenore is bound for New York University to major in the career-worthy path: art history. But her heart isn’t in that goal. When her parents overhear Lenore telling her grandmother that art history is boring, that her declared major is just a placeholder until she figures out what she really wants to do, they give Lenore until the end of their twelve-day cruise vacation to determine a solid career path. According to her successful Black, barrier-breaking parents, “It’s hard to become an expert at anything when you move on so quickly” (60). “We don’t have the privilege to figure things out. . . . It’s not a fair race for us. We have to be better or we’re behind, and part of that is being prepared and having a plan” (62-63).

Although Lenore thrives on the spark that something brand-new brings, her parents see her bouncing around and indecision as a lack of focus rather than as a reflection of Lenore’s ingenuity, creativity, and excitement for the unknown. Her passion is in making and exploring art. Like a camera, she tries to memorize moments. She wishes her friends and parents would accept her entirely—the bubbly, smiley, and confident parts along with the depressed, pissed off, and self-conscious parts.

When she meets Alex Lee, a Korean/Black mixed race boy, Lenore is intent on being snarky. After all, she’s protecting herself from another failure in the relationship arena. However, as Alex begins to chip away at the walls Lenore has put up and begins to really see her beneath her façade, Lenore isn’t sure she is ready to be that vulnerable.

A respectful, kind, aspiring doctor, Alex helps Lenore to understand that having a plan isn’t a bad thing any more than wanting to pursue one’s passion. He tells her, “Biology isn’t my passion. I don’t even know if being a doctor will be. My passion is having job stability and being able to pay a mortgage” (130).

Under the influence of Alex’s concern, Lenore admits that she is scared to commit to anything fully because she might discover that she’s not the best at it. “I don’t want to risk being vulnerable, like really put myself out there, because then I wouldn’t be cool, calm, collected, and confident Lenore” (167).

Eventually, Lenore comes to realize that taking risks and exploring new things is a strength, not a weakness. She has been protecting herself from failure, a defense mechanism that leads to a no risk life of banality. But admitting that will force her to answer whether this boy, who sees her so clearly, is her one and only true love.

Tucked amidst the pages of this romantic, coming-of-age novel, readers will further discover that “caring for ourselves is the ultimate celebration” (280) since life isn’t just about surviving in this world but about thriving and experiencing joy. And part of that fulfillments derives from following one’s heart and being true to one’s passions because pleasure is a purpose. We all need the space to be imperfect and the time to figure ourselves out–our mental health depends on these pursuits.