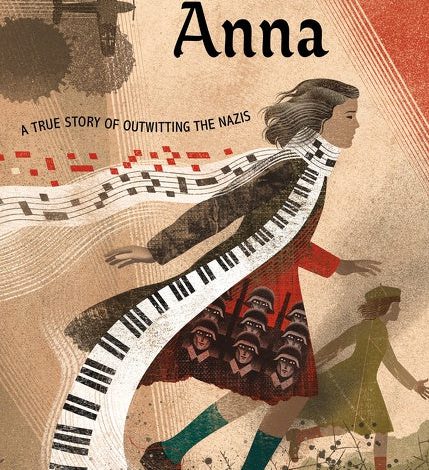 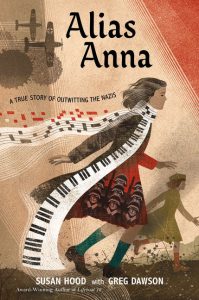 Alias Anna: A True Story of Outwitting the Nazis by Susan Hood with Greg Dawson is a novel about the Holocaust told in verse and organized into seven parts. The story rings with Zhanna’s love for her Ukrainian homeland, sorrow for her lost family, and fury for both Stalin and the Nazis.

The story opens with the insatiable curiosity of Zhanna Arshanskaya, a born explorer. Until 1935, Zhanna and her sister, Frina, live a candy-coated life in Berdyansk, Ukraine, nestled near the Sea of Azov. When Stalin begins to devour their country and imposes “death by hunger,” the family is forced to seek refuge in Kharhov. Eventually, confusion and chaos there pave the way for destruction. Fed by hatred and fear, people believe the lies that Hitler spreads about the Jews being to blame for the war. During these times when the penalty for human kindness is to face the firing squad, “flames of hostility and prejudice flare” (103).

When survival becomes speculative, Zhanna’s father pulls his daughter aside and whispers: “I don’t care what you do. Just live” (122). So, begins another chapter in this harrowing story—a story of pain and loss dedicated to strength, sisters, and the music that saved them.

Using both primary and secondary sources, Hood and Dawson reveal how the dead can indeed teach the living. Among the many morals the authors share, readers will find words to live by: