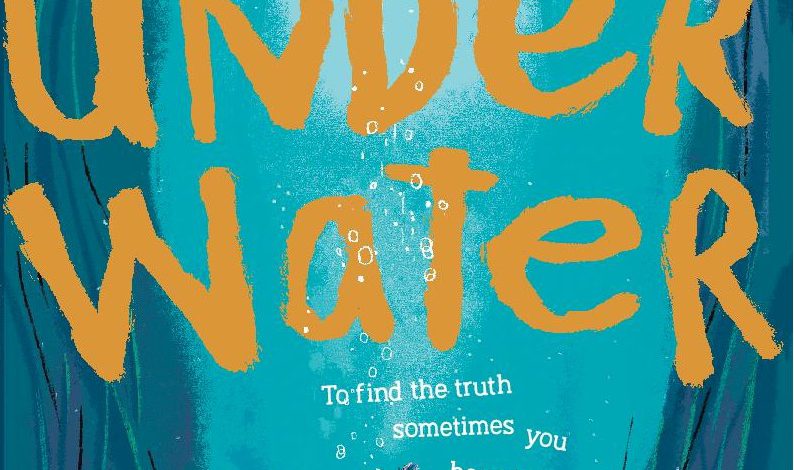 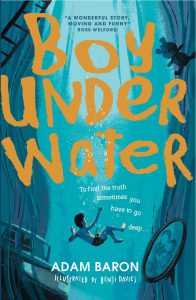 Apart from his name, Cymbeline Igloo thinks he is normal in every way. A friendly and supportive nine-year-old, Cymbeline isn’t aware of how odd his life story is until a nightmare invades with the heaviness of death.

One of Cym’s classmates pushes him into the pool during a school activity, an action which triggers Cym’s mom, Janet Igloo, to have a mental breakdown. Now, Cymbeline’s routine and familiar life has been disrupted in a major way. Cym is left to solve the mystery of his mother’s discomfort with swimming. As Cym sleuths out the details with the help of Veronique Chang—a genius and fellow classmate who is also an expert swimmer and fencer—Cym discovers more mystery. For example, why has Mr. Fluffy, a comfort animal, been the focus of his mom’s artwork? Why has Cym’s mum been so unable to put down the heaviness of her husband’s death?

Besides exposing psychological turmoil and investigating the secret pains we all carry with us, Adam Baron’s novel Boy Underwater explores how a tendency to bury the truth causes more confusion. It also dives into how an obsession with money has the potential to bring unhappiness.  Cym learns that while money might be necessary, it should never “push you off the road to happiness” (181).

Another benefit of Baron’s novel is its allusions to artists like Edvard Munch, Jackson Pollock, and Giorgio de Chirico. Baron also seems to believe in the positive benefits of art therapy.

Finally, this middle grade novel drowning in mystery reveals how growing up is like disappearing and reappearing as someone else. It further shares the value of connections—especially the connection we share with family. Through his protagonist’s conflicts, Baron suggests that birthdays aren’t about the birthday boy or girl but about being in the middle of family. Nothing else matters without the feeling of being the center of a family’s focus or the feeling of being connected to friends.

2022-05-29
Previous Post: How We Ricochet by Faith Gardner
Next Post: Gideon Green in Black and White by Katie Henry