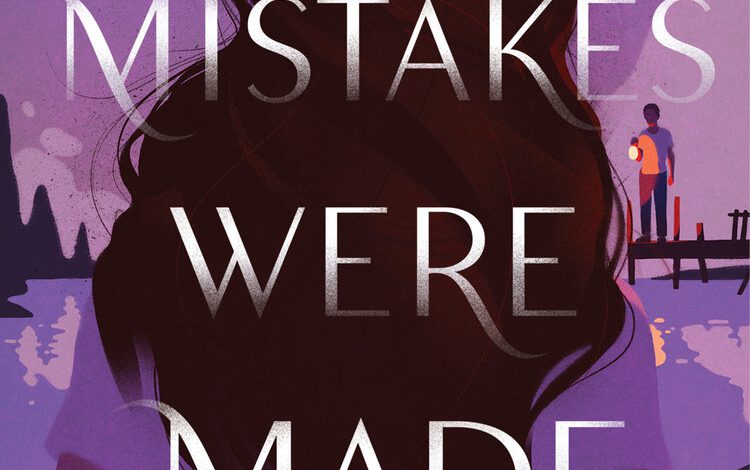 Some Mistakes Were Made by Kristin Dwyer 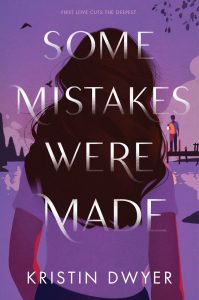 Feeling small, alone, and unloved, Ellis Truman has been abandoned by her parents. With a father addicted to drugs and an alcoholic mother who is mostly absent, Ellis is often home alone. She grows up embarrassed of her house, her parents, and who she is. She grows up in a world of in-between, unsettled, angry, and unsure of where she belongs.

Then, Sandry Albrey, who grew up in Indiana with Ellis’ father, offers Ellis a home.  Sandry knows Tru’s shortcomings as well as the depth of his love. It is from her that Ellis will also learn the true meaning of love.

Although Sandry welcomes Ellis into her home, she also eventually sends her away. Ellis is torn by what she perceives as a betrayal because by the time she is seventeen, she has fallen in love with Sandry’s son Easton. However, Ellis will never be as poised, polished, and popular as those who live without worry, those who don’t have absent parents. Sandry’s sending her to San Diego to live with her aunt Connie is a banishment that breaks her spirit.

Now, Sandry is turning 50 and wants Ellis to attend her birthday party. Will this “home coming” be a chance at redemption or will it just open old wounds?

In trying to escape the world of in-between, a world where she waits to be rescued by Easton, her parents, or her true self, Ellis realizes that he has to save herself—even if it means she’ll be disappointed in the end. Although her time away has given her the opportunity to change and grow and leave behind the parts of her that she doesn’t need anymore, Ellis realizes that a person can be addicted to more than booze and drugs.

Kristin Dwyer’s debut novel, Some Mistakes Were Made, is both a frustrating and relieving story about addictive behaviors and life’s messiness. Readers experience the feeling of a mind muddled by love and loyalty just as vividly as they empathize with Ellis who feels like she’s not good enough, loyal enough, or brave enough. To feel “other” is common for Ellis: “I stand here and feel other. Not quite one of them, but not quite something else. It’s how I feel everywhere” (177).

All Ellis wants to do is the right thing, but when she makes her dad proud, she disappoints Sandry. When she makes Sandry proud, her cousin Tenny tells here that she’s forgetting her family. Ellis feels caught in between not knowing what to do and not knowing what she really wants. Eventually, she decides that she’s not going to live her life just surviving and accepts that life is about making mistakes.

Under the influence of Dwyer’s pen, readers also come to understand that people speak without using words—whether through dancing, touching, or other forms of body language. We also receive reminders about poetry and how words can make us feel free, how our thoughts grow under a pen poised and writing.

Another ritual that rings true in this poignant book is the Albrey’s three things shared on birthdays: “Now tell her the three things. . . . Who she was. Who she is. Who she will be” (145).

2022-06-30
Previous Post: Lesbiana’s Guide to Catholic School by Sonora Reyes
Next Post: All Signs Point to Yes by Various