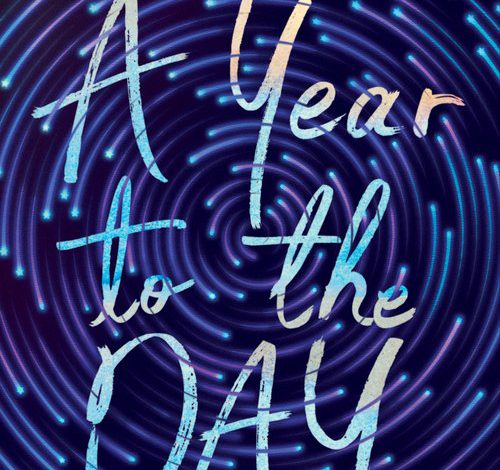 A Year to the Day by Robin Benway

Nina Stott is a daring spirit, a warrior unshy about being herself. She is someone who acts “like a prism, each person’s light reflecting through her, showing every single thing that [makes someone else] special” (259). However, she is tragically killed in a drunk driving accident.

Without her sister Nina, Eleonora (Leo) doesn’t know what happy is supposed to feel like. Robin Benway’s novel A Year to the Day tells the story of Leo’s journey as she navigates the waters of grief and tries to regain her memory of that fateful night. Nina’s absence takes up space in Leo’s heart, reminding her of what has been and what will never be again.

Set in Southern California, A Year to the Day is poignant and laden with grief, making it a difficult read. However, the book is also one with benefits for any reader who knows the strangling feeling of grief. Readers accompany Leo on her rite of passage, from shock to denial, pretending, anger, struggling through sorrow, and trying to fill the empty spaces. She’s a puppet whose strings are about to snap as she goes through life’s motions. Although Leo eventually reaches acceptance, she remains lost for a year in the gray murky matter of her traumatized brain, feeling like her soul has been ripped from her body.

Leo’s mother is suffering her own brand of grief and provides little support to her living daughter. Leo’s father remarried seven years previous and is about to have another daughter—adding an extra layer of fear and complication to Leo’s life. Will she also “fail” this sister? Leo is further surprised at how scary it is that parents can go from being parents to being people who are hurting.

Most of Leo’s solace comes from Easton, Nina’s boyfriend who was also in the car the night of the accident. Kind, warm, and humorous, East is a talented photographer. Like Leo, he loves Nina, so he understands that people may die, yet they leave behind something bigger. Initially that something is swallowed by grief, but eventually it emerges in love and memories of shared moments.

To complement Leo’s spiraling into despair, Benway writes the novel in reverse chronological order so that readers reach into the past along with Leo and East as they remember and memorialize Nina. Although both have moments when they come undone, they buoy one another, casting a lifeline when needed.

Benway writes from a place of knowing, leading the reader to suspect that she has likewise lost someone beloved. She describes how outsiders express sympathy, wanting the grief-stricken “to rush through grief so that they can feel better” (208). She tells about well-meaning gestures, referring to “grief-riddled books” and calligraphied cards.”