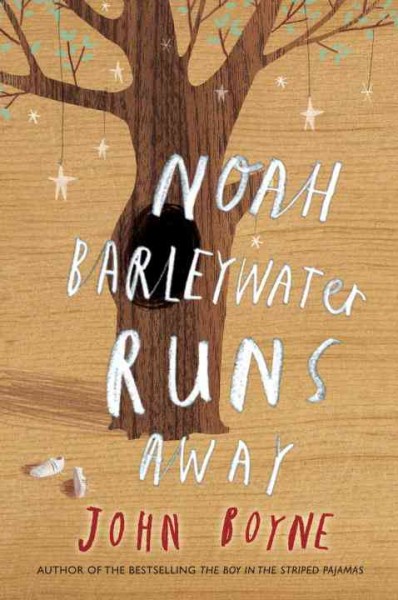 In Noah Barleywater Runs Away, Boy in the Striped Pajamas authorJohn Boyne, again captures the pure essence of childhood, tinged with sorrow and colored with hope.  8 year old Noah Barleywater is running away from home – he’s ready f 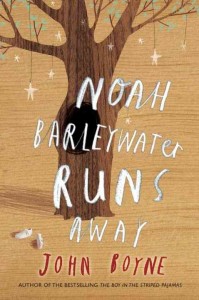 or adventure and to make his mark on life – and there’s something happening at home that he just can’t face. So it’s time for him to strike out on his own and see where the world takes him.

Where Noah ends up is deep in the forest in front of a mesmerizing tree, talking to a dachshund and a donkey who tell his some interesting tales about that tree. And this magical tree is in the yard of a toy shop that is full of the most amazing puppets and carved wooden toys Noah has ever seen.  The Old Man who owns the shop invites Noah in and over a long lunch, the Old Man shares the recollections and memories of his life with Noah.  The toymaker’s story is full of magic, adventure and wonder, but it’s also laced with regret, loss, and broken promises.  As Noah is swept up in the Old Man’s amazing life story, he occasionally pauses to think about his parents and friends and the life he’s left behind.  But Noah can’t bring himself to face the painful secret that forced him from home until the real reasons for the toymaker’s loneliness are finally revealed.  Only then does Noah realize that running away means losing more than he ever imagined.

In Noah and the Old Man, Boyne creates a tender portrait of two like souls whose stories are woven together and revealed to the reader delicately and deliberately.  The sorrows and life lessons  are handled in an age-appropriate way for the book’s intended audience and there’s a combination of naivete and unburdened wisdom about these characters that an adult reader will find piercing.  Oliver Jeffers’  pencil illustrations add just the right touch of charm to the book, making Noah Barleywater Runs Away a poignant, gentle tale that will touch any reader’s heart.