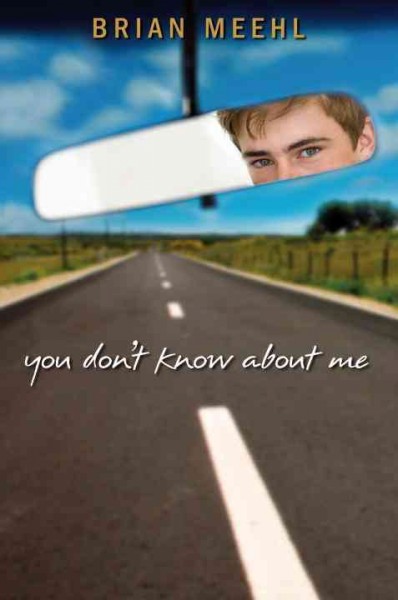 You Don’t Know About Me

By: Cori
In: Action & Adventure (YA), On the Edge, Young Adult Book Reviews 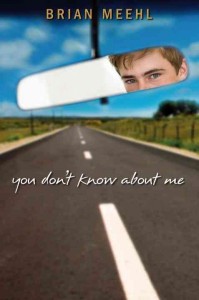 In You Don’t Know About Me, Brian Meehl’s contemporary re-imagining of  The Adventures of Huckleberry Finn, Meehl takes the reader on an engaging, thought-provoking road trip across the Western US with 16 year old Billy Allbright.  Billy and his mom have lived a nomadic existence, going from town-to-town hunting out sinners and standing up for Jesus.  It’s been a pretty sheltered life, not attending public school, staying away from mainstream media and other un-Godly temptations, and running from the repercussions of their not-so-legal fundamentalist tactics.   When they arrive in Independence, MO, though, something shifts in Billy as he realizes he’s tired of this nomadic existence and he’d like to go to stay in one place for awhile and actually go to high school.  But he has no idea how he’ll convince his mother to allow him to do that.  Then, Billy gets a surprise: a mysterious Bible containing a letter from his supposed-dead father, a few pages of The Adventures of Huckleberry Finn, and the invitation to go on a geocaching adventure that may lead Billy to an unusual inheritance and the chance to meet a father he never knew.

Seizing the opportunity, Billy heads out on his own with no idea how to track down his dad or his inheritance. All he has is the Bible, the pages of Huck Finn, and clever clues his dad has left for him.  Along the way, Billy partners up with a runaway baseball star, Ruah Branch, who has a big secret of his own, con artists, spiritual seekers at Burning Man, a girl with neon green body parts, and a shady, threatening guy hunting Ruah in order to blackmail him.   Throughout their adventure, Billy and Ruah share the story of Huck Finn, face obstacles together, and slowly realize that the path to self-discovery and acceptance is a long, winding one indeed.

The “21st century slavery” at the center of Meehl’s “Huck Finn” is homosexuality and the sub-human position gays have in our society.  The “Jim” character here, Ruah, is a famous black baseball player who is a closeted homosexual. To deepen the discussion about gay rights, both Billy and Ruah come from strong Protestant faiths and spend a lot of time discussing the Evangelical & Fundamentalist views of scripture to promote their way of thinking and the influence religion has had on American public opinion and policy.  The discussions are complex and intricate as interpretations are discussed, broken down and laid bare to expose the hypocrisy behind it.  Billy often stands in awe of Ruah’s knowledge and clear-thinking interpretations of various scripture, and its clear that Meehl has a message about the state of our society, just as Twain did for his.

At times, I felt the novel is hampered by its need to replicate the characters, situations and plot points from Huckleberry Finn, making it feel forced and cumbersome. I also found it odd that when Billy is writing his opening letter to the reader, and even in his closing comments to us, he never remarks on how remarkably similar his own summer journey is to Twain’s great classic.  It just seemed silly to me that he could have this life-changing, eye-opening experience while reading the classic, and not once comment and say, “whoa, all this stuff that happened to me really parallels what happened to Huck. Cool, huh?”  Setting these two quibbles aside, however, You Don’t Know About Me is funny, probing, poignant and well done.  I’ll certainly recommend it on its own and as an accessible, contemporary bridge to Twain’s classic.