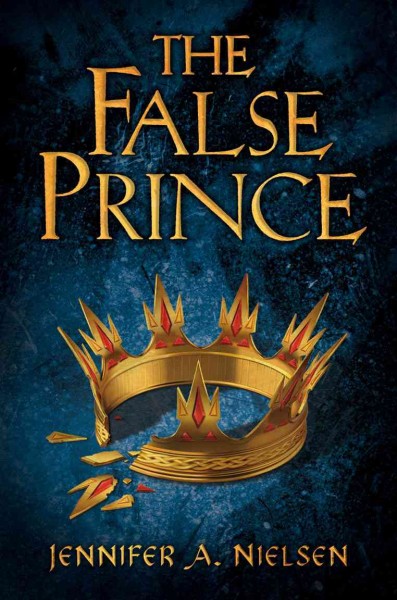 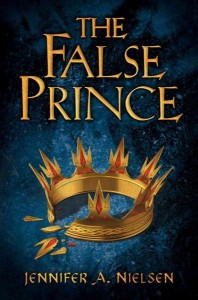 In a land far away where Kings and Queens still rule over their people, civil war is looming. Jennifer A. Nielsen’s The False Prince is about an orphan named Sage. Sage is recruited along with three other boys by a nobleman named Conner. Conner is trying to unite the fractured kingdom by finding an impersonator of the King’s lost son and putting him on the throne. The four orphans, chosen because of their close resemblance to the lost prince, are forced to compete for the role of prince. Conner constantly reminds the orphans that the losers will not live once the competition is over, and so it is no longer a normal competition, but a game of life or death. The orphans are given instruction on how to be a noble. The question is, will a simple orphan be able to fool the King and his court?

The False Princewas a really enjoyable book. This is a quick paced page turner that will make you sit on the edge of your seat with anticipation for the next secret to be revealed. Full of colorful descriptions, this novel captures your imagination in a way that will leave any reader with a perfect image of what is happening in their head. The author develops the main character with such depth that you feel as though you’ve known him your whole life. I recommend this book to anyone who wants a good story with plot twists that will leave you wondering how you didn’t see it coming.

2012-01-23
Previous Post: COMING IN FEBRUARY!!! The $5 Hardback Fiction Blowout Sale is BACK!
Next Post: How Not To Run For President