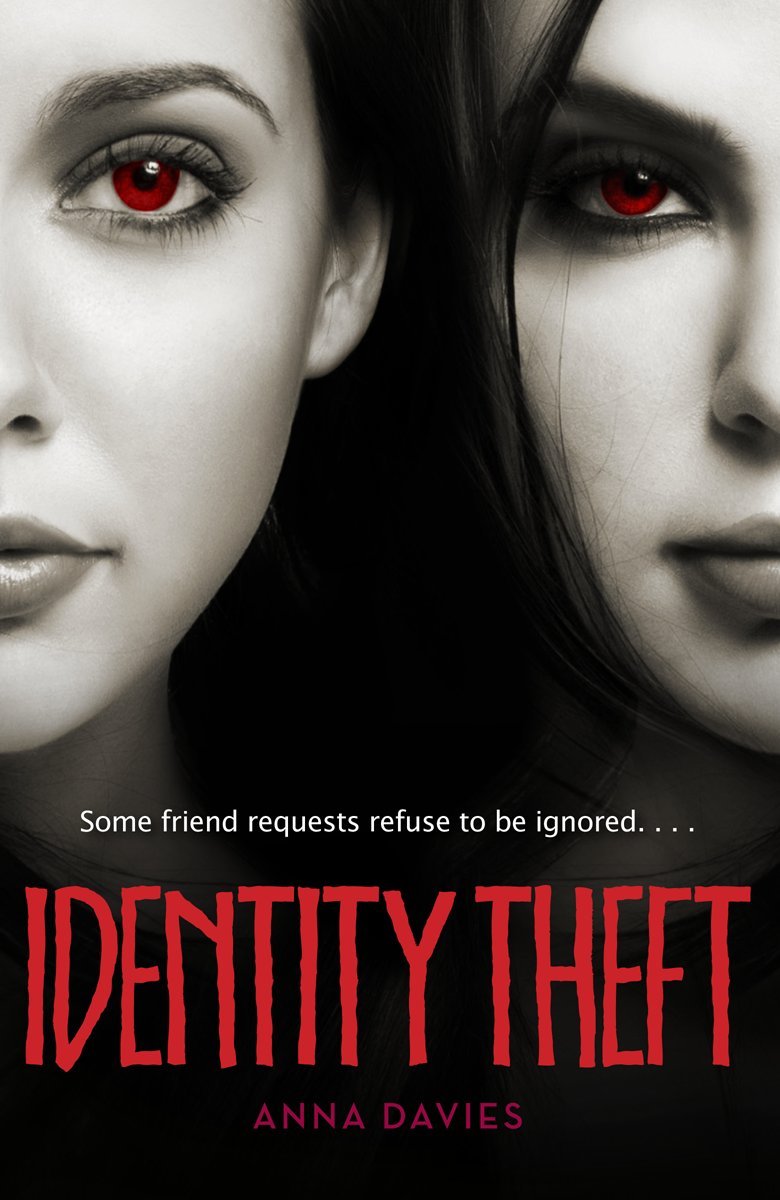 Identity theft has been the top consumer complaint to the Federal Trade Commission (FTC) for the past twelve years in a row.  According to the FTC, identity theft, which happens when someone steals your personal information and uses it without your permission, is a serious crime that can wreak havoc with your finances, credit history, and reputation — and can take time, money, and patience to resolve.

This is the topic of Anna Davies’ new book, Identity Theft, the second installment in the Point Horror series.  Davies’ novel features senior Hayley Westin, who has more awards than friends.  As a freshman, she took down her Facebook page, quit the field hockey team, and chose to focus on academics and winning the Ainsworth Scholarship.  Her decisions alienate her from her friends and put her on the “varsity squad of nerds” (5).  Still, she finds comfort in school where she feels at home and in control and where the combined scents of Lysol, floor wax, and Axe body spray welcome her with their familiarity.  At Bainbridge Secondary School, Hayley “doesn’t have to worry about snarky comments and former best friends” (3); she prefers to think that by not fitting in she has the opportunity to stand out.  After all, academics make sense in a way that popularity doesn’t.  As much as Hayley can compute calculus and quote Shakespeare, that intelligence doesn’t serve her when trying to come up with flirtatious one-liners while conversing with Matt Hartnett.  Matt accuses Hayley of being the opposite of chill, leaving her to wonder about the possible double meaning.  Someone else who leaves Hayley wondering is Adam Scott, her academic competitor and could be friend.

But all this normal simplicity dissipates when Hayley’s life gets hijacked and a Facebook page appears online, featuring pictures that look enough like Hayley to be her double.  Leaving an unsavory electronic footprint, the photographs distort Hayley’s reputation and threaten to compromise her chances at becoming an Ainsworth scholar.  Terrorized, exhausted, and sleep-deprived, Hayley sets out to solve the mystery of who is sabotaging her and why.  On its journey to resolution, the plot takes several contrived turns and ends with an unbelievable twist, but the fear and horror are real.