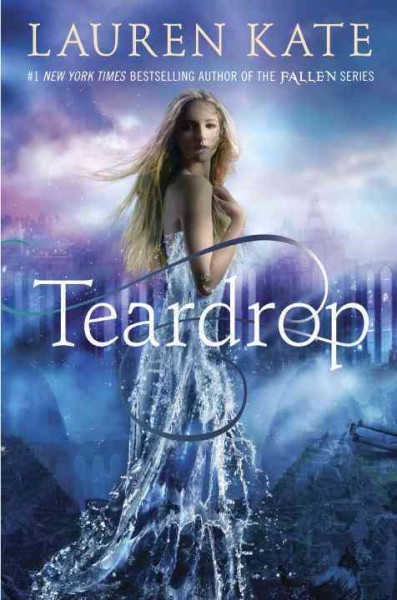 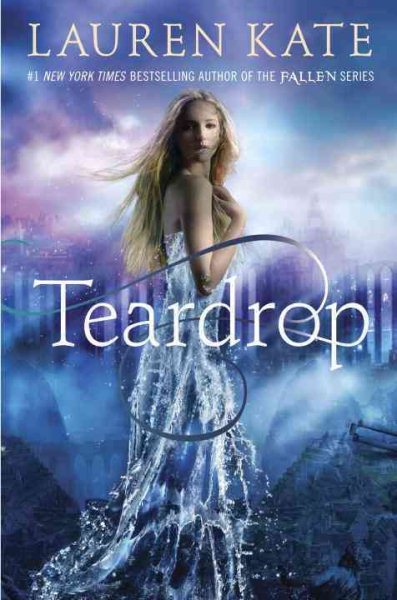 A teenage girl with an unknown power, her guy best friend with whom she’s so comfortable she doesn’t even consider romance, and a mysterious guy, brooding, beautiful, and seemingly dangerous who is suddenly everywhere she turns.  Twilight?  No, actually, these three teens are the main characters in The Fallen Series author Lauren Kate‘s new trilogy, Teardrop.

Seventeen year old Eureka Boudreaux is a strong-willed, beautiful, and depressed.  Just months ago she lost her best friend, her mom Diana, to a rogue wave that inexplicably swept their car, and only their car, from a bridge connecting the Florida Keys to the mainland.  Now Eureka, wracked with survivor’s guilt and drowning in grief, lives with her out-of-touch father, reviled stepmother, and twin half-siblings.  With little left in life to care about and only two true friends, smart & sassy Cat and closer-than-a-brother Brooks, Reka’s depression drove her to an unsuccessful suicide attempt. Now,a guy towards whom Eureka feels an undeniable pull, Ander, has suddenly appeared in her life and he knows way more about her than he should.  To make matters worse, Brooks has started acting very strangely towards Eureka, doing whatever he can to make her cry.  When she receives her inheritance from her mom – a broken locket, a mysterious stone, and a withered old book written in an undecipherable language – Eureka finds herself with more questions than answers about what all this could possibly mean.  With little to go on, Eureka finds a wise old fortune teller to translate the book, which is an ancient story of a love triangle in a magical land that has too many parallels to Reka’s situation to be pure coincidence.   But the closer Reka seems to get to an answer, the more danger surfaces in her life.  She doesn’t know whom to trust, where to turn for help, or if what’s welling up inside her really does have the power to destroy the world.

Readers who love supernatural romance, breathless and loose prose, and grand and sweeping mysteries will enjoy Teardrop.  It has all the elements fans of The Fallen Series expect from Kate and the book won’t disappoint  anyone who is looking for the next installment in this genre.