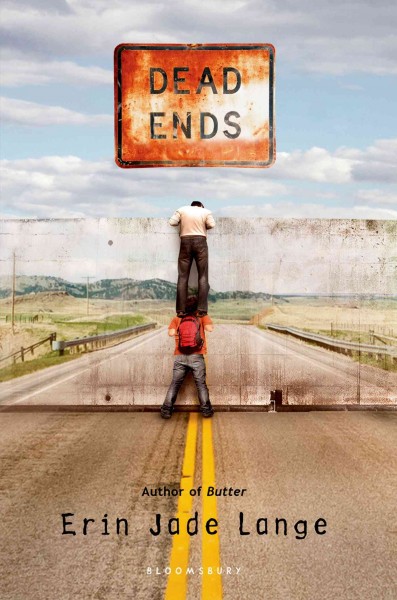 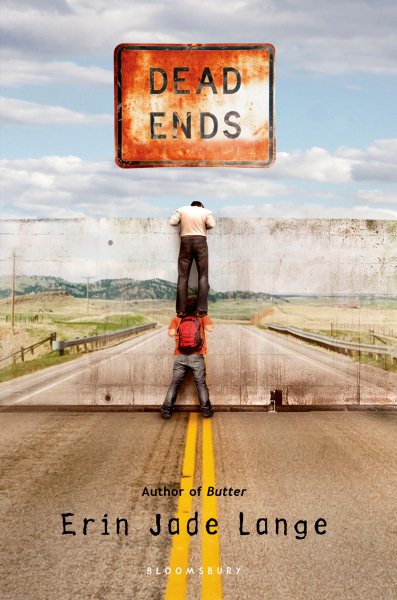 How do you become a man when you don’t have a man in your life?  What does it mean if your father left you and your mom?  Or worse, was never in your life to begin with?  In Dead Ends, the second book by Arizona author Erin Jade Lange,  the question of fathers and the legacies they leave to their children unites unlikely friends on a journey of discovery, healing, and transformation.

In his high school, there are the “haves” and the “have-nots”, and Dane Washington is a “have not”.  What Dane does have, however, is a fierce temper and the power to back it up.  He’s quick to put anyone in their place and once the “itch” has started burning in his hands, the only way to stop it is to punch someone down.  Dane’s temper has landed him one suspension away from expulsion and it looks like even his good grades won’t be enough to save him if he crosses the line again.  When Billy D. appears one day, having moved in across the street and is now following Dane to school, Dane keeps himself from reacting Billy D.’s staring because: “I could tell by his vacant expression, that slack jaw, and the strange way he hunched his shoulders that he was different – probably special ed.  And I don’t beat on those guys.  Standards, y’know?” (2)  As it turns out, Billy D. has the power to keep Dane out of trouble, but he’s got a price:  Billy D. wants Dane to help him find his dad.

All they’ve got to go on are Billy D.’s scant memories and a atlas of the US that’s covered with cryptic clues, riddles, and seemingly dead ends.  Billy D. has almost every page and clue memorized but he’s been having a hard time figuring them out and following up on them.  Reluctantly, Dane agrees to help Billy D., even though Dane thinks that searching for a father who walked out on you (like his own did) is pretty much a waste of time.  While the clues lead them across a multi-state area as well as deep into some harsh secrets in the past, what surprises Dane the most is the friendship he’s developing with Billy D. and how that’s helping him wake up and really see the man he was on the road to becoming.

Dead Ends is introspective but not “soft”; it’s funny, caustic, and powerful; and it’s emotional without being sentimental.  Parents, whether they’re present or absent, leave a road map for their kids. Do you follow the trails they’ve left? Do you heed the danger markers and the guideposts?  Can you really choose a path that is different from theirs or, as so many fear, will you become them despite your best efforts?  On his journey, Dane encountered a fork in the road and by taking a leap of faith, he changed the course of his life from that of a dead end to a wide-open future.