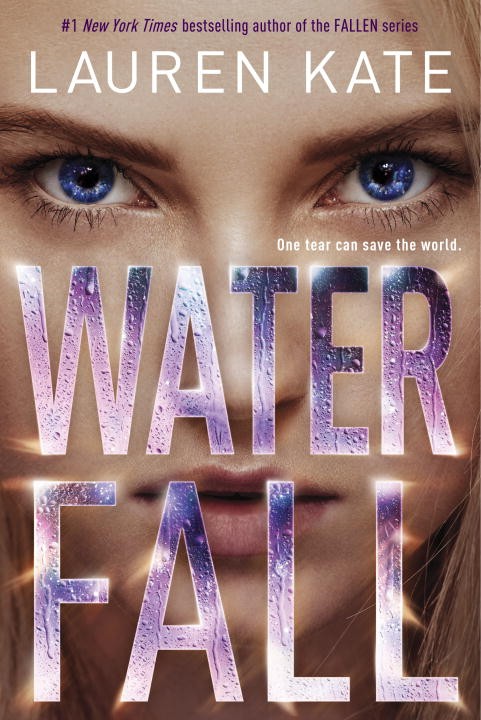 By: Donna
In: Sci-Fi & Fantasy (YA), Young Adult Book Reviews 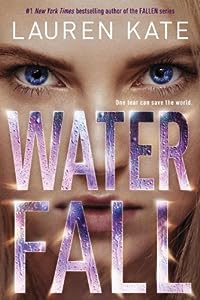 Those who bristle at the mention of fantasy literature often suggest that believing in magic or miracles is a snare and a crutch, that society will only realize its full potential if we depend on our brains and strong arms instead.  But where would we be without hope, that irrational but powerful force with the ability to magic us back to mental health and give us the strength to carry on against impossible odds?  This is one of the questions posed by Lauren Kate in Water Fall, a novel that explores the power of emotions in the context of an ancient conflict between the Sleeping and the Waking Worlds.  Kate not only bestows hope with the magical power of “looking into darkness and seeing a light most people [have] missed” (19) but also asks through her novel: What if we’re all born with an enchanted inkling, a fragment of magic that we might learn how to harness—a quirk as fragile as one’s sense of self that must survive the chilling effects of growing older?

Set initially in central Louisiana, Water Fall tells the story of Eureka Boudreaux, who is anything but a typical high school girl.  Despite the proclamation of her name, Eureka has been lost her whole life.  After her mother dies, Eureka’s grief is so deep, it rocks her core.  On the brink of suicide, her father tells her she has to go through it to get through it, and with the aid of her best friend, Brooks and his bayou drawl, she survives.

Now that Brooks is missing, supposedly possessed by Atlas, Eureka is again undone.  When her tears fall, she creates a deluge, a flood that threatens the Waking World.  If the Sleeping World rises, it will destroy the Waking World, so the Seedbearers have been vigilant whenever Atlas, the evil ruler of Atlantis, has attempted to provoke a Tearline girl into crying.  Although Eureka did cry, the prophecy proclaims: “One tear to shatter the Waking World. . . . A second to seep through Earth’s roots within, . . . and a third to awaken the Sleeping World, and let old kingdoms rebegin” (6).  The third tear, if it hits the earth, will bring Atlas and all of his dark scheming and murderous intentions back to reign with the rise of Atlantis.

Believing that love drains life from a person, the Seedbearers age only when they feel affection.  Solon, who fell in love with a Tearline girl, is exiled when he ages, and now Eureka, with the aid of friends Ander and Cat, must find Solon for guidance in restoring the sodden world before people die from starvation, drowning, or desperation.  Despite being the cause of this current tragedy, Eureka believes in the impossible and is determined to rescue Brooks.

On her journey to face Atlas and to save the world, Eureka learns that the prophecy is not only a metaphor for life and death but for love; she learns that love is bigger than fear, that “love makes people the best versions of themselves” (153).  On her journey to find redemption for the flood she has created, Eureka gleans from Solon what it’s like to reject everything you’ve been raised to believe and that feelings are more powerful than anything else in the world.  Eureka further learns that sorrow drips with hope and promise, that “grief is joy in different lighting” (381).  She learns that, in pain, there is power.

Finally, Kate reveals additional lessons: that we cannot rely on someone else to define ourselves and that we become our best selves when we pack inside our hearts, the gifts that others give us.  For Eureka, these are “Cat’s life-affirming humor, Claire’s strength, William’s tenderness, Dad’s devotion, Rhoda’s stubbornness, Madame Blavatsky’s intuition, Diana’s passion, and Ander’s love” (277).

In sharing the water fall of Eureka’s memories and teaching us to measure time by how we fill it, Kate adds richness to her novel with allusions to mythology, Ovid, Banksy, and Pollock.