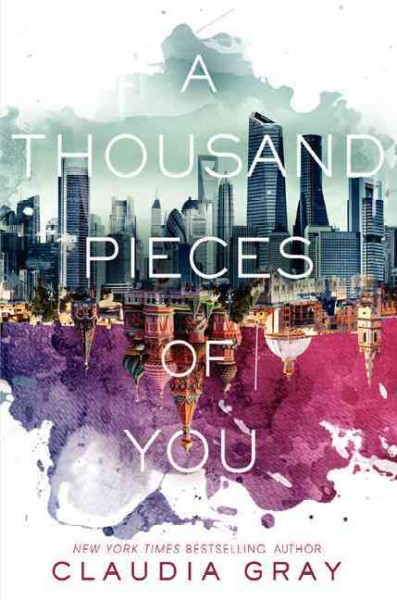 A Thousand Pieces of You 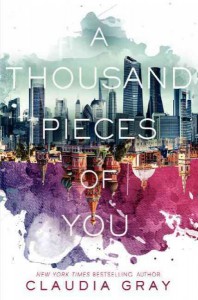 “The universe is in fact a multiverse. Countless dimensions exist, all layered within one another.  Each dimension represents one set of possibilities. Essentially, everything that can happen does happen.” (6)  I love this idea.  Not only as the premise for Claudia Gray‘s new series, which debuts this Fall with A Thousand Pieces of You, but as a thought experiment and a beacon of wonder.  One tiny choice can change your destiny, right? Imagine who you’d be if you’d chosen another career, a different partner, or even driven to work on a different route.  Of course, all these minor changes probably don’t amount to much in and of themselves, but cumulatively, well, the possibilities are staggering.  Want to change your destiny? Start making different choices.  Bam! It’s that powerful and that easy!

Eighteen-year-old Marguerite Caine’s parents have invented an amazing device – a Firebird – that allow the wearer to skip between dimensions, entering the body of his/her counterpart in that alternate dimension.  But here in her home dimension, the unthinkable has happened: Paul, their most trusted grad student has killed Marguerite’s father, stolen the Firebird, and skipped into another dimension.  Devestated by her loss, Marguerite and Theo, her parents’ other student, embark on a desperate chase to find Paul, recover the Firebird before it falls into the wrong hands, and avenge her father’s murder.

As they chase Paul from a nearly-identical London, through a dimension seemly trapped in pre-WWI tsarist Russia, to an undersea colony in a world destroyed by global warming, the lines between black and white, right and wrong, and love and hate become increasingly blurred for Marguerite.  Each dimension holds another piece of a complicated puzzle as certain events seem to happen over and over again while others, no less important, won’t occur at all.  And through each jump, Marguerite discovers that two things:  her ability to maintain her trans-dimensional memories and sense of self is a constant that no other jumper is able to replicate; and perhaps more problematic, someone very powerful is out to capture and manipulate both the Firebirds and Marguerite for their own means.

A Thousand Pieces of You benefits from a blending of science fiction, mystery, and romance, and Gray’s deft touch in weaving together just the right amount of clever twists and time-honored tropes.  Time spent in far-flung dimensions allows for “dress up” (as Marguerite’s long layover in the Tsar’s palace in Russia did here) and will surely be a mainstay as the series continues. Who knows where the chase will take her, Theo, and Paul, as they try to save each dimension from the greed of a corporate mastermind, and if the feelings that are so real in one universe will be just as powerful in the next?