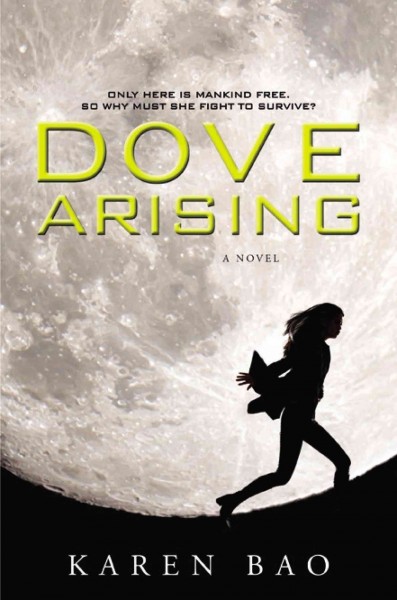 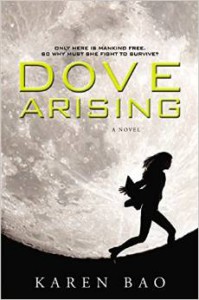 When ice caps collapsed and lowlands flooded, earth was in chaos, human survival was in jeopardy, and people grew desperate.   Out of this chaos grew two superpowers that seized the few resources remaining.  These actions led to civil wars and to international breakdown.   During an economy-crushing petroleum embargo, many Earthbound individuals fled to Lunar Base, “a beacon of humanity for the glory of science” (47).

Through mind-numbing propaganda, not unlike that spewed in 1984 by George Orwell, lunar citizens recite a National Anthem and other political slogans that brainwash them into believing untruths about security, life essentials, employment, and community connections.  Organized much like the social network in Brave New World by Aldous Huxley, each base on the moon—color-coded and ordered in Alpha, Kappa, Theta, Epsilon, and Phi groups—is governed by a Standing Committee.  These shadowy and featureless black masses identifiable by their silhouettes ensure strict obedience through a Militia General that oversees ranks of Beetles, officers who patrol, prod, and pummel with cold efficiency the citizenry—earning them the name Beaters.  The Committee keeps constant surveillance through microscopic audio receptors on digital handscreens.  Every five-year-old must report to the Medical Department, where specialists fuse flesh with technology, linking each citizen to the Base network.  Like the feed in M.T. Anderson’s book, people use the handscreens “to compute figures, read uploaded books, watch news broadcasts, and view other peoples’ statistics on demand” (10).  The Committee has decreed non-nationalistic singing a public disturbance and has banned religion, calling it “indecent spiritualty” capable of inciting conflict.  Instead, “unbiased scientific advancement” is a core tenet of lunar life.

Although Phaet (pronounced fate)Theta, a fifteen year old girl, doesn’t like all the Committee’s choices, they have ensured the survival of Lunar Base on the ecologically hostile moon.  When her mother falls suddenly and mysteriously ill and has to be quarantined, Phaet isn’t so sure the power-for-survival trade-off is a good one.  Furthermore, her life working in Agriculture, tending plants in Greenhouse 22 with her best friend Umbriel, is about to change drastically, dashing her dreams of working with the Bioengineering Department to lead a life of quiet innovation with a hint of happiness.

An absent mother, an earlier deceased father, and regulations handed down by the Committee render Phaet’s family in debt and destined to reside in Shelter, where they would live in total degradation, a place where numbness is routine and joy a hazy memory.  Not willing to surrender her siblings, Anka and Cygnus, to dirt and disease, “to a life that is no longer life” (32), Phaet decides to join militia.  Three years under the official draft age, she subjects herself to relentless competition, frequent boredom, and sudden danger with potential for injury and death.  Despite the danger, Phaet tells herself that “one person’s risk could bring four people’s reward” (34).

In Militia, Phaet befriends the dutiful, competitive, and solitary Wes Kappa with whom she trains so that she might advance in rank to increase her salary to pay her mother’s medical bills.  When Phaet learns that her mother has been arrested and charged for disruptive print, anxiety escalates.  Desperate to pay her mother’s bail and to uncover the truth about the charges leads Phaet down a dangerous path.  Her brother Cygnus, whom Phaet considers a hacker genius with “microchips instead of neurons between his ears” (200), mines the base network for information that will help in the trial.   Thinking the best defense is knowledge, he discovers the dark underbelly of lunar life.

In her novel Dove Arising, nineteen-year-old Karen Bao shares her speculative vision with readers, describing a life laden with science, not balanced by the humanities.  In the spirit of good dystopian fiction, she reads the stars to warn humanity of its potential fate when we willingly sacrifice freedom and privacy in the name of security.