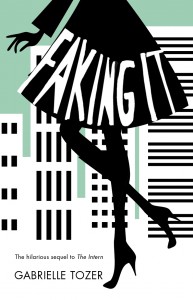 By: Donna
In: General Book Reviews
With: 0 Comments

Preening, posing, and shallow small talk aren’t really Josie Browning’s scene, but when her editor Liani gives this junior writer for the online magazine, indi 18 days to plan a revolutionary launch for the magazine, Josie gets a crash course in schmoozing.

As she works to make this an epic launch, Josie rubs elbows with plenty of mag hags—polished, glamorous, and ar 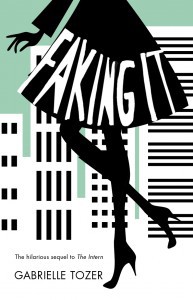 rogant women with vicious reputations for pedestal grubbing.  Along the way, Josie—who claims to be missing the charm gene—makes plenty of mistakes until she feels as if she’s only one embarrassing email or magazine event encounter away from losing everything—including the love of her life, James.

Overwhelmed with responsibilities, changes, choices, mistakes, and pressure from all angles, eighteen-year-old Josie isn’t sure she’s ready for the stressed life of a grown-up: “It made sense why adults looked so serious all the time; . . . why their words were often tainted with worry or panic or flakiness because their minds had already shuffled onto the next task or obligation” (28).

To escape the pressure and to regain her confidence, Josie writes.  Although her columns come from the heart, she’s not sure the world is ready for a candid piece on faking it: “A piece about what happens when you start to believe in your own phoniness, yet feel like an impostor in your own life. . . . A piece about trying to find a way out of the mess and learning to be the real you again” (279).

At moments like this, Gabrielle Tozer’s cotton candy tale, Faking It, rises above the fluffy and the insubstantial.  Like Sarah Dessen’s Along for the Ride, Faking It features a female protagonist who lives life on her terms and imagines “a world where [we] don’t have to fake it.  Where [we] can stay true to [ourselves]. Where [we] can say what [we] think without worrying about being judged” (327).

While she works on making that world a reality, Josie also has to learn to stop putting the Maxxys and the Edwinas of the world on pedestals, to stop believing in the notion of perfection.  Whether she succeeds or not and whether she can remain an honest, confident, and mentally strong writer in the fashion industry forms the plot of Tozer’s tale, a sequel to The Intern.