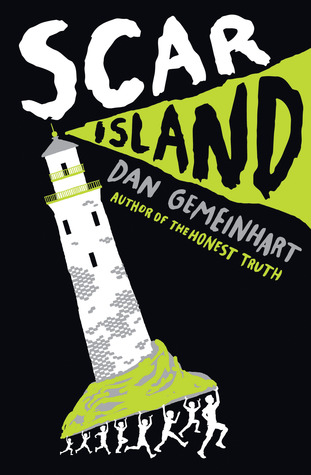 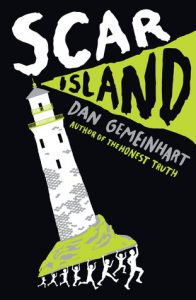 As far as the world is concerned, Jonathan Grisby is a trouble-making delinquent, a criminal. As far as Jonathan is concerned, the world is right. After a mysterious incident leaves Jonathan riddled with guilt and pain, he is sent to Slabhenge Reformatory School for Troubled Boys, “a dark place for dark youths” (2). Slabhenge is a building made of decaying, grey stone, sitting far from land in the foaming sea. The tall, jagged building has no land surrounding it, only a small dock where mail, supplies, and new criminal boys are delivered. When Jonathan first arrives, it’s clear that Slabhenge is not the “kind of place where the sun would ever shine” (4).

The Reformatory is run by several angry adults who see the boys as something less than human. The leader is the Admiral, a cruel man who degrades the boys day and night, all while telling their families of the remarkable care he is giving them. Jonathan spends only a short time at Slabhenge under the Admiral’s rule, though. A lightning storm coincides with the Admiral’s ever present sword, and in the blink of an eye all of the adults on the island are dead.

Most of the boys are excited to go home, but Jonathan, who is still struggling to come to terms with his own guilt, convinces everyone to stay. “I mean, we’ve got a chance here. We can live here. Without grown-ups. Without rules. Not forever. Just for a while. We could live here – free. Doing whatever we want… Out there we’re just trouble makers. Punks. Here we could be kings” (61). The interesting thing about Jonathan’s desire to stay, and how he convinces the others to agree, is that he doesn’t actually want to be free. It’s his self-loathing, something that is explored further as we learn more about the incident that sent him to Slabhenge, that fuels his desire to stay away from land, away from his family and friends. Jonathan sells the school without adults as the ultimate playground, but for him it is a continued punishment.

The boys begin to take charge of their lives at Slabhenge, and Dan Gemeinhart’s Scar Island begins to truly shine. It’s clear from the start that while Jonathan’s secret is dark, he places more blame on himself than necessary, especially when letters from his parents arrive. Each of the boys has a reason they were sent to Slabhenge, and Gemeinhart does his best to show that mistakes do not define them and that sometimes anger comes from pain.

Scar Island shares similarities to the classic, Lord of the Flies, but while William Golding’s novel focuses on the simultaneous innocence and cruelty of human nature, Scar Island focuses on how children work to accept themselves and move forward after loss. Gemeinhart writes of boys as they are often seen, aggressive and childish, while also describing them in ways they are rarely seen, as children who are sensitive, remorseful, and compassionate towards others.