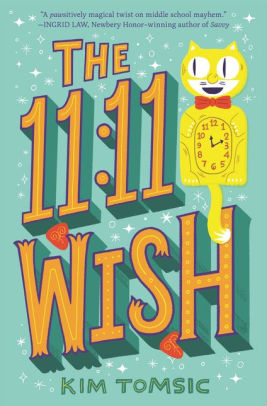 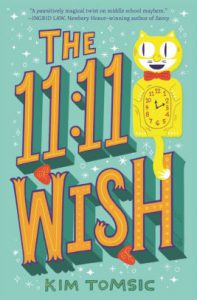 After their mother’s death, fifth grader Piper Meyer is focused on taking care of her father and monitoring his diet for healthy choices, while her sister, seventh grader Megan Meyer, is simply trying to survive junior high school in a new location.  Since their recent move from Colorado to Scottsdale, Arizona, Megan, whose passion is math equations and science, is hoping to transform from meek to chic. With this clean slate opportunity, Megan would rather be known as Miss Impressive or the Fun Meister than Miss Science Fair or the girl with minimal boobage who snorts when she laughs.

However, being popular comes more easily for Piper, whose personality is all bubbles, frosting, fashion, and music.  When Megan is “zapped” in a newbie ritual at Saguaro Prep by a girl with “a solar-bright smile” (17), her first impression about the school is “weird to the tenth power” (5).  This weirdness escalates when another girl completes the zap by writing a dare for Megan to complete by the end of the day: Do something EXCITING.  Although zaps are an underground tradition that are supposed to be fun, Megan finds herself caught in a power duel between two popular girls, Rhena Thornsmith and Ally Menendez, who are feuding for the role of Spirit Captain.

Hoping to make an impression while establishing a new reputation, Megan falls into a funk, also fretting about how to minimize any confrontation.  Distracted by this stress, she is brought back to “reality” by the clicking of a cat-shaped clock in her history classroom and recalls a similar clock owned by her grandmother—a clock with magical powers.  When a wisher chants the rhyme: “Pop, Click, Seconds tick.  Wish at eleven-eleven, and watch it stick” (22), that person’s wish can come true.   Well-aware that nothing in life is free, including wishes, Megan is so desperate to discard her dorkiness and to cultivate a social life that she decides a little magic with its endless possibilities is what she needs.

Her wish sets in motion a series of interesting conflicts that may make Megan go from meek to creep as she deals with the consequences and the costs of her decisions.  Giuseppe and Remy Bellini, Italian clockmakers, dabbled in wizardry and had a wicked sense of humor—not a pleasant combination when victims are lured with the promise of magic.

An anti-bullying book cloaked in magic, The 11:11 Wish by Kim Tomsic explores the all-to-real dilemmas of middle school politics and the struggle for social capital.  The lessons Megan learns become Tomsic’s morals, which invite readers to consider whether avoiding confrontation is actually good advice, whether speaking up or speaking out is preferred over silence, and whether authentic speech trumps fakery.

Besides alluding to the spirit and the power of 11:11 phenomenon, The 11:11 Wish further reveals how young people give their power away when they try to impress or please someone else.  Tomsic also describes the high cost of trying to blend in instead of confronting the status quo when we see a wrong.  Finally, Tomsic suggests that when we’re silent, we allow the group to speak for us and when we listen to gossip, we become part of its bullying effects.

Another perk of the book is its formula for creative problem-solving and its assertion about a positive attitude.  In the 1970s, Dr. Ruth Noller proposed a mathematical formula for creativity: C = fa(KIE). The formula claims that “creativity (C) is a function (f) of knowledge (K), imagination (I), and evaluation (E).  The small letter a, [standing for a positive attitude], is the most important part” (235).  Megan puts this formula to use to find a solution to many of her problems, including addressing Rhena’s snarky attitude and manipulative powers.