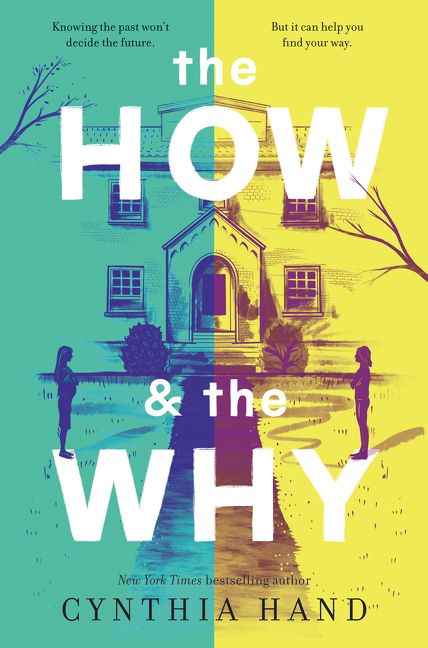 The How and the Why 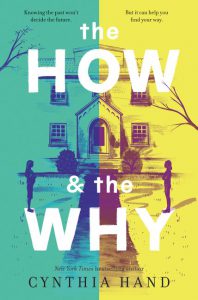 Anyone who loves a good heartfelt story will find it in The How and the Why by Cynthia Hand.  Although this is the story of many characters, it is told primarily from the viewpoint of Cassandra McMurtrey.

Cass has just turned 18, and as an adopted child, that age makes her eligible to pursue the backstory of her adoption and to receive letters written in a letter project by the mothers who gave their children away in the hopes of securing for them a richer life.  Cass’ curiosity and desire for answers about her identity lead her on a convoluted journey of self-discovery.

Cass’ best friend Nyla Henderson, who is also an adopted child, accompanies her on this journey.  Nyla is direct, loyal, and a combination of “good girl and badass.”  Both girls are talented actresses living in Idaho Falls, which Cass refers to as “a white-bread town,” while they dream of Hollywood and Broadway.  However, only Nyla, whose father is a brain surgeon, will likely be able to afford the price tag on that dream.

Another of Cass’ theater friends is the handsome, funny, and smart Bastian Banks.  Cass is attracted to this young man who quotes Shakespeare at random times and has a voice that could melt [a girl’s] heart into a puddle of butter” (266-67).  Readers will ride out this relationship between Cass and Bastian to uncover several surprises.

In a parallel story, Cass’s mother is hospitalized and in need of a heart transplant.  This situation, as well as others, have made Cass a resident of cold, hard reality.  The medical bills have consumed Cass’ college fund for Julliard, and she’s not sure she wants to attend a school in Idaho.  But she and her family are really good at acting like everything is fine, even though her mother may die before a donor heart becomes available.

Despite her mother’s belief that “the universe unfolds as it should” (19), Cass learns that the universe can be unreliable and unfair.  Soon, she’s choking on “never-ending disappointment,” tired of pretending that stuff doesn’t bother her, tired of always thinking about other people instead of herself.  While wallowing in her anger, she lashes out at her best friend with a racist remark that ruptures her relationship.

Immersed in this emotional agony, thinking she has won the award for enduring the most pain in life, Cass receives a reminder from her father that we all experience tough times.  When we’re going through rough patches, though, that is when we most need to rely on our loved ones, to lean on the people we love, not push them away.

In another parallel plot thread, the reader learns the backstory of Cass’ birth mother, as she relives her experiences as a sixteen-year-old pregnant teen.  Her life is revealed through the poignant and candid letters that she writes to her baby, whom she calls X, letters which she signs, S.

Readers grow attached to S, who sincerely struggles with her decision but wants to do what is right by her unborn child.  Afraid that she’ll pick wrong as she searches for the perfect adoptive parents, S notices the limitations of an application: “I wish there were a way for them to be truly honest when they fill out these forms.  I wish I could see not only their beautiful little dreams of a family, but their fears, too.  Their flaws, instead of only their strengths.  The truth.  Not the polished up for-company version” (193).

As Cass searches for the story of where she came from, the how and the why, she learns valuable lessons about mistakes and their inability to define us.  It’s what we do with those mistakes that have the potential to make us incredibly giving or brave or loving.

Perhaps the most valuable lesson in Hand’s book is that “none of us really get to have our own, separate lives.  Our lives are always all horribly tangled up with the people around us.  The people we love” (247).