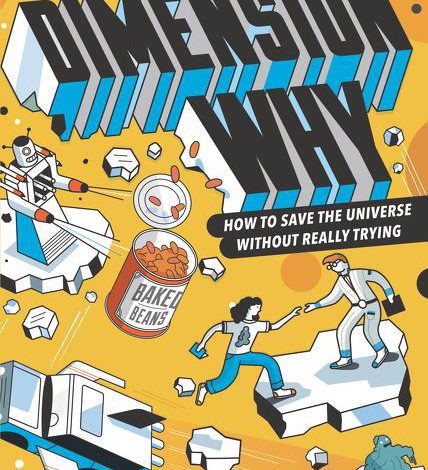 Dimension Why: How to Save the Universe without Really Trying by John Cusick 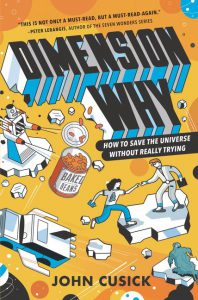 Believing that humor is often more honest than being serious and that laughter contributes to resilience, author John Cusick writes books laden with laughter and bordering on the absurd.

When Lola Ray and Phineas Fogg find themselves in a precarious situation where the fate of the universe is at stake, Phin must keep Lola from falling into the hands of the evil Goro Bolus and the Temporal Transit Authority who will turn her over to the Phan. The young duo must both get out of New Jersey, off the planet, and as far away from Earth’s solar system as they can.

In their attempt at escape and rescue, Lola and Phin—who are accompanied by a talking teddy bear that is clearly more than he seems—find themselves battling all variety of beings with no other defense besides their wit and the mantra: “Don’t swallow your gum.” This piece of wisdom keeps Phin and Lolo out of serious trouble because it serves as a symbol for bravery and humor in the face of absurdity and evil. Giving them confidence to press on, it reassures them whenever they find themselves in impossible and difficult situations. After all, not swallowing their gum is something over which they have control; whereas, they have little influence over parents who live separately, immerse themselves in work, or vacation incessantly and virtually neglect their children.

In his middle grade novel, Dimension Why: How to Save the Universe without Really Trying, Cusick’s two heroes move through a universe that is vast and incomprehensible, one where black holes are a tourist trap, mushrooms talk, Bog Mutants perform slave labor, and a super-intelligent fungus core wants to free his children.  In this alternate universe, a talking cat even tempts them with a pocket universe where they would be beyond the reach of the Phan and any other danger. Lost in a world of screens, advertisements, talking heads, and omens of doom, Lola and Phin must navigate without any reliable security, stability, or safety.