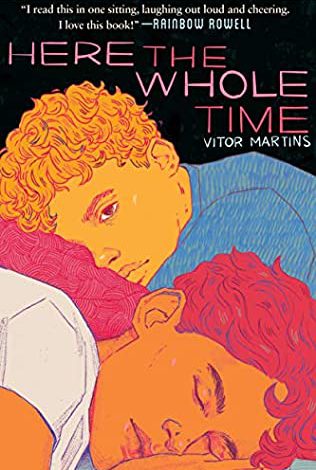 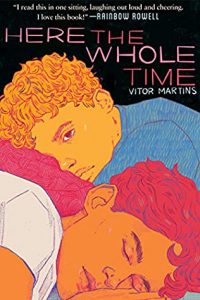 Living in Brazil, Felipe cannot think about other people’s suffering because he has too many issues of his own, so being gay is a small detail in a truckload of crises. He is a shy, anxious, socially-challenged young man with low self-esteem, conditions which largely center around his obesity.  Given these challenges and his experiences with bullies, jumping to the worst-case scenario is Felipe’s specialty. Instead of having to endure this life in which he lost out in the talent lottery and his dad gave him the fat gene before abandoning him, Felipe wishes he were a superhero, one who could create force fields so no one could touch him, one who had muscles of steel to defend himself, and one with invisibility powers.

At seventeen years old, Felipe is tired of keeping his head down to avoid making eye contact with the bullies that taunt and torture him because of his weight. So, when the school goes on winter break, Felipe looks forward to “twenty-two glorious days free from fat jokes, nicknames, and ugly looks” (3). He is not prepared for a house guest whose parents have decided to vacation in Chile for their anniversary, a house guest upon whom he has had a crush since he was eight.

Felipe’s mother Rita–who might just win Mom-of-the-Year for her compassionate and accepting nature–promises her neighbor that seventeen-year-old Caio is welcome to stay with them. So begins fifteen days of what Felipe thinks will be torture in having to share his space and give up his privacy. But the vacation turns out to be awkward for many unexpected and unanticipated reasons beyond those Felipe imagines.

As the two boys share their time and the same living space, they discover that all humans have insecurities. Despite his therapy sessions already having revealed that personal happiness cannot depend on another person and that being thin is not a prize you win in the lottery of life that guarantees eternal happiness” (138), Felipe still can’t accept his body. From Caio’s friend Becky, Felipe learns that our bodies aren’t here to please anyone else and that we have to learn to love the skin we’re in.  The boys also learn how to navigate romance and the challenges of asking the difficult questions even when they’re afraid of the answers.

In her famously delivered speech, Becky reveals that because assholes populate the world, we have to realize that “things will always be more complicated for those of us who don’t fit their petty standards” (160). Furthermore, she explains that life is hard and no one else can protect us from those hardships. Once we learn who we are, that confidence will be reflected in what other people see when they look at us, but we also need to fight back against the bullies who try to break us down. “That’s the most important thing. . . to fight for the right to marry who you love, for the right to have your body respected, regardless of what it looks like or what you’re wearing. To fight for the right to walk down the street without being attacked for the color of your skin” (161).

These are the plot points of Vitor Martin’s novel Here the Whole Time, a novel that can help any teen to develop self-acceptance and to address fears related to body image. Using Martin’s characters as role models, teens not only learn to be brave but to like who they are.

2020-12-27
Previous Post: How to Pack for the End of the World by Michelle Falkoff
Next Post: Unchosen by Katharyn Blair